Following witness summon and a letter of reminder served on Mr. Gift Udenwoke, the “police officer suspect”, who was arrested and detained by Uche Nwosu in connection to the “purported mutiny that took place in his house”the Owerri Magistrate Court 7 ordered the state police command to produce the said Gift Udenwoke on Monday May 6, 2019 which the aforementioned witness failed to appear in court, when the case came up yesterday, despite the bench warrant.

According to our reporter who covered the court proceeding,when it became obvious that Gift Udenwoke was not brought to court by the police as expected by the court, the counsel to Watchdog Newspaper, Barr. A.I Nwachukwu foreclosed for address arguing that the bench warrant was issued and properly served on the Commissioner of Police.

However, Mr. Gift Udenwoke who had earlier raised alarm that he has been threatened not to enter any witness in respect of his traumatic arrest and detention for 27 days and subsequent interview to Watchdog Newspaper while in detention, was said to have been once more warned of the consequences of exposing his former boss,Uche Nwosu who had insisted that there was no theft in his house.

Interesting also was the fact that Barr. Kingdom Okere, in his capacity as the counsel to Gift Udenwoke during his travails had appeared as witness to Watchdog Newspaper to confirm that the arrest, detention of his client, Gift Udenwoke, which was in connection to the vandalization and stealing of what was regarded or believed in several quarters, to be part of the bailout funds released to Imo State in 2015 but carefully stashed in safe, hidden inside bedroom.

It was said that the only two staff of the son-inlaw and then Chief of Staff to the Governor Uche Nwosu, who are known to be privy to the hidden cash, include the chief suspect and cook to Uche Nwosu, a Togolese, who has since eloped with the billions of naira allegedly stolen from the safe, and Mallam Ibrahim, a maiguard from Adamawa State who volunteered information to Watchdog that he was arrested upon arriving Owerri.

Ibrahim had in that interview aknowledged that on so many occasions he loaded monies which were often in hard currencies from Banks billion vans.

A source close to the Ibrahim but still leaves in Owerri had last year alleged that Since Ibrahim was released from police detention his phone lines have been unavailable, fueling speculations and fears, that like his other colleagues he may have been put out of circulation for obvious reasons.

Watchdog Newspaper’s counsel Barr. Nwachukwu had also put up a strong defence portraying the state police command as an accomplice in the matter for reason of failure to produce their personnel who is a star witness in the matter, despite the bench warrant as ordered by the court.

The court later adjourned to June 10, 2019 for address of the both parties.

Speaking to newsmen after court proceeding,Barr A.I Nwachukwu reinterated confidence in the court as last hope of the common man.He expressed reservation that Imo police which is prosecuting his client has deliberately refused to produce a star witness inspite of a bench warrant on him.

Posted by Watchdog Newspaper - October 16, 2020 0
As Imo people are yet to recover from the ugly experience of alleged  land grabbing and  racketeering that   characterised the… 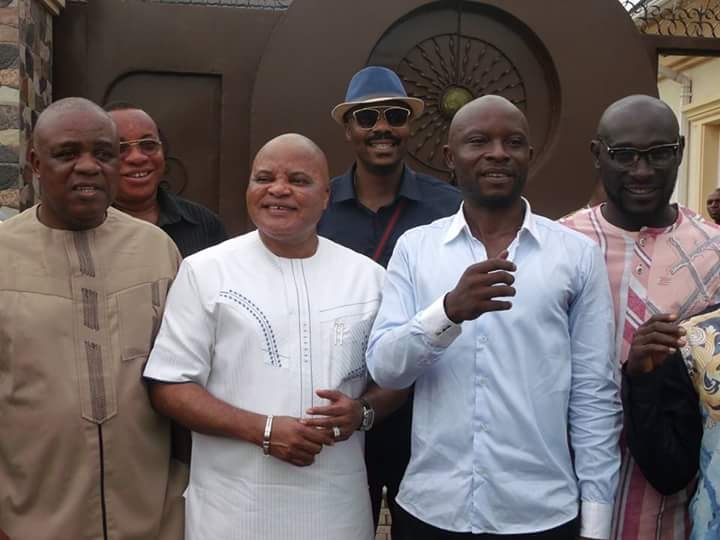