He made this statement while addressing the press at his office over the weekend, while enumerating the achievements of the APC government of Governor Rochas Okorocha in eight years.

Speaking to the press, Prof. Nnabue said that, there is a clear difference in Imo state capital between what it is today and 8 years back, not to mention the dualization of roads, establishing good road networks, putting up school buildings, hospitals and other social amenities for the welfare of Imolites.

“In his empowerment approach, Okorocha randomly gave one million naira each to youths in every political ward in Imo state”. Again, free education which is the flagship of his administration was establish and sustained from primary to tertiary levels, not to mention the creation of employment opportunities to Imolites.

Nevertheless, and notwithstanding the now applauded achievements of the outgoing Governor of Imo state, Nnabue stated that, he still has his areas of shortcomings. He said, because nobody is perfect, the government made their mistakes especially in the much talked about quality of roads constructed. In his words, Prof. Nnabue said, “ while commending the government for many more roads than ever constructed, some of them were seen not strong enough to withstand the test of time, and we think as a well meaning government, they would have challenged the contractors, bring them to book and ensure that nothing is lost”.

In furtherance of his appraisal of Okorocha’s eight years tenure, Prof. Ubah commented on the decision of the government to move Ekeukwu Owerri market from where it is, without making an adequate arrangement where the people or victims will be relocated, “and for a government that is pro-humanity, that was a hard one on the people”, he stated.

“Moreover, the pension issues which touched on the lives of the senior citizens and Governor Okorocha bringing his choice of governorship candidate of Imo state in the 2019 general elections from Orlu zone, when everyone believed it is the turn of Owerri zone, sowed a seed of discord in the hearts of Imolites to have a distaste for his administration, inspite of his numerous achievements.

He suggested that Rochas Okorocha acting on his own and exiting as a Governor would have brought a standing ovation in Imo state, but the choice of candidate and all that happened together made nonsense of the whole thing.

“Nevertheless, Governor Rochas Okorocha has left a benchmark and built monuments for himself in Imo state. His name can never be forgotten in the history of Imo state. He would be remembered for transformation of Imo state capital, his free education policy, attempting to destroy god-fatherism in politics, empowering the youths and many more”, he added.

Prof. Nnabue advised the incoming Governor of Imo state, Rt. Hon. Emeka Ihedioha, not to waste four years of his administration, probing the outgoing government because of the hatred in the air, which he suggested that would be to the detriment of our development in Imo state.

He suggested that the incoming Governor should have a road map and ask himself in four years, what will I be remembered for, because Imo state is ranked as one of the most literate states, even with all the handicaps politicians create, they can easily vote anyone out when they want to. He also expect him to kill clannishness, look at our education sector, our health facilities and our road networks, also improve on the projects of the outgoing government, instead of destroying them and creating his own, for example equipping the 27 general hospitals built by Rochas Okorocha’s government in all the local government areas in Imo state and looking into the free education policy established by Rochas administration which directly affected the lives of the impoverished Imolites and improve on it.

He added that democracy as a principle has basic rules guiding it, “once they draw themselves to these basic rules, then they will have a good governance”. He advised the Imolites to be modest when assessing people and begin to advice when it can be used, instead of waiting when people fail and start talking. 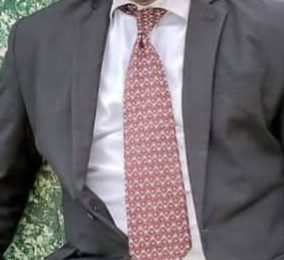