The Special Adviser to the Imo State Governor on Agriculture, Hon Uche Odozor has vehemently criticized and succinctly condemned the recent action and pronouncement by the Royal stool and traditional council of Umuoyima Autonomous Community (one of the creation of the last regime) hitherto scion of the old Owerri Nchi Ise, declaring that the traditional ruler in council has since withdrawn its recognition and conferment of honourary citizenship/sonship of the community bestowed on the former Chief of Staff and son-inlaw of the immediate past governor, Uche Nwosu, who was also the governorship candidate of Action Alliance in the past general elections.

In a press release issued onbehalf of the SA on Agriculture, Mr Ikemba Don Uba postulated that the man in the eye of the Eze Theophilus Ifeanyichukwu Uba (Oyima I of Umuoyima) conferred this title before the election and voluntarily as it was never solicited for, “for him to renege on his honour due some political maneuvering is to say the least appalling”.

It would be recalled that the former Chief of Staff in his heydays and during the electioneering was honoured with a number of chieftaincy/either traditional titles, bestowed with citizenship of some communities and literally adopted as an indigene of some areas including Mbaise and Owerri communities.

Recently in an event that took place at the palace of the traditional ruler of Umuoyima, Eze Theophilus Ifeanyi Uba, in the presence of the cabinet members, women and youths, the people regretted their previous actions, claiming that they were coerced, into undertaking the suicide mission hence they were henceforth stripping Chief Uche Nwosu of the honorary sonship of the community, an action that has attracted mixed public reactions.

Further in his reaction, Ikemba Uba, declared that the action of Eze Theophilus Ifeanyichukwu Uba, and his cabinet makes a mockery of the traditional institution in Igboland, as it affects and involves an illustrious son of Orlu zone extraction.

Continuing, he said “we feel saddened about this development and urge the authorities to remember that there is karma somewhere. Today, it is Ugwumba Uche Nwosu but we don’t know who it will be tomorrow”.

He said, in a sane society, this title could only be revoked if and only if the beneficiary has gone contrary to the rules guiding its bequeathment which we are sure the holder didn’t default”.

He further said, “we urge restraint in all quarters as the action of this particular community is bringing shame not only to themselves but to the generality of Igbo race.

Every successive government must learn to accord respect to certain sacred institutions such as the traditional institution and the church. Let peace and justice be our watchword always”. 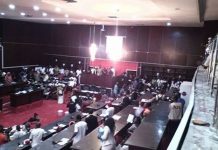 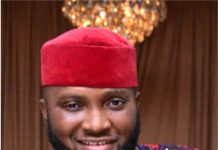 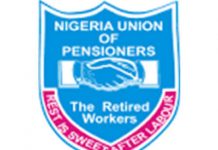 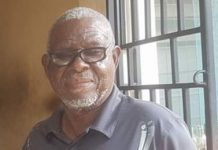 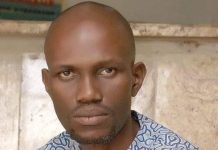