Okere’s appointment was announced through a statement by the Chief Press Secretary to the governor of Imo state, Mr Nwachukwu Oguwuike in Owerri over the weekend

The Agency before the appointment of the Ngokpala born opinion moulder,Chief Martin Opara in November 2019 was in complete shambles as the eight (8) years of Governor Rochas Okorocha rendered the agency and its workers redundant, office deserted.

It was gathered that the offices and most of the vehicles at the Agency before Opara’s appointment were abandoned and ravaged by flood and taken over by dangerous reptiles, straying into the near open offices from the surrounding bushes along MCC Uratta road.

Speaking with our reporter on phone, Chief Opara congratulated and wished Okere well and urged him to continue the reform he introduced to the agency under the short-lived tenure of Rt. Hon Emeka Ihedioha. He expressed confidence that Chief Okere being a seasoned Public Relation person would be able to fit into the big shoes he left behind.

Chief Opara urged workers of the agency to transfer same loyalty and corporation he enjoyed from them during his short stay in the office to his successor, saying that government is a continuum and as such, it is immaterial whether he is still the Director General or not.

The dynamic leader of Olu Owerri socio Cultural group also called on the Governor, Senator Hope Uzodinma not to under staff the agency or undermine its relevance in the scheme of things for good governance of the state vis-a-vis sensitizing the Imo masses of government programmes which he said can only be done perfectly through the agency by engaging its staff across the local government areas.

He thanked ex-governor Emeka Ihedioha for the opportunity accorded him to serve the state in that capacity. According to Opara, “it was a rare privilege knowing that in this clime, young people are hardly given opportunity to showcase what they can offer but Ihedioha changed the narrative with the empowerment of merit above mediocrity, unlike what obtained during the eight years of madness of Rochas Okorocha.

Posted by Watchdog Newspaper - April 22, 2021 0
As part of activities to mark the Law Students Association week at the Imo State University, IMSU, Owerri, which started… 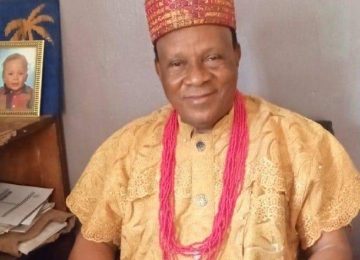