The newly appointed Chairman of Imo traditional Institution and Community Policing and renowned first class monarch in Imo State, His Royal Majesty, Eze (Dr) E.C Okeke, Ochiriozua  Gburugburu and Eze  Udo II of Amaifeke  Ancient Kingdom in Orlu LGA, has  described as baseless the insinuations from certain quarters that the Imo State Governor, Distinguished Senator Hope Uzodimma has not dissolved the Imo Council of Ndieze under Eze Agunwa Ohiri, the Obi of Obi-Orodo. Eze Okeke had added that “CGC law that produced Ohiri” has since been repealed by the Imo State House of Assembly.

According to the former Chairman of Orlu Zone Council of Ndieze, every administration especially in Imo State comes with its own formula, peculiarities and policy direction as it affects Ndieze, stressing that former Governor Udenwa came up with his own nomenclature for the traditional rulers in the state as “Imo State Council of Traditional Rulers” which late Eze Osu and later Eze Cletus  Ilomuanya presided over until former Governor Rochas  Okorocha came on board in 2011 and abrogated the office.

The Amaifeke, Orlu Royal Father recalled that under Rochas Okorocha as governor, the nomenclature changed following the passage of the CGC law with a new name, “Imo State Council of Ndieze”, where by the Chairman  titled “Ezeimo” was to be elected which was the case of Eze Agunwa Ohiri. He revealed that the incumbent Governor of Imo State, Distinguished Senator Hope Uzodimma having assumed office on January 15, 2020, had decided to adopt his own formula by repealing the CGC law that threw up Ohiri and that automatically changed the nomenclature from “Imo Council of Ndieze” to “Imo Traditional Institution and Community Policing”, now under his firm control and leadership.

According to the Royal Father, “what happened is very clear and unambiguous hence the new law does not recognize the Ezeimo title or Imo Council of Ndieze. Under the new legislation, what is in place is Chairman/Head Imo Traditional Institution and Community Policing which the Governor deems me eminently qualified and worthy to head”.

Eze  Dr Okeke who made the clarifications on Tuesday June 23rd, 2020, in exclusive chat with news men in  Orlu, wondered why the former Chairman of Imo State Council of Ndieze, Eze Agunwa  Ohiri who served close to nine years in that capacity should begrudge or castigate his person whereas he, Eze Okeke, was the one  tipped by former Governor Rochas Okorocha on assumption of office in 2011 to become the Chairman of the defunct Council of Ndieze, which in his magnanimity, he rather ceded it to  Eze Ohiri on the ground that the former Chairman of the obliterated Council, Eze Ilomuanya hails from same place with him and advised former Governor Okorocha to give it to Eze Ohiri of Owerri zone.

He insisted that he has been privileged to play crucial roles in successive administrations in the state since ex-governor Achike Udenwa era, where he also played a leading role in the appointment of Eze Cletus Ilomuanya and regretted that the same people, he selflessly assisted to rise to their apogee status in the State scheme of things are currently the ones who are busy casting aspersions and fabricating falsehood against him as if he just woke up and announced himself the head  of the Imo Traditional Institution and Community Policing, adding that the coveted seat is nobody’s father’s property or family inheritance.

On the allegation that he stormed the Council’s Palace in Owerri to demand for keys, Eze  Okeke explained that there was nothing like storming, but that having been inaugurated as the Head of Imo Traditional Institution and Community Policing and charged to put in place the 27 local government leadership, he went to the Council’s Palace with his zonal Chairmen to meet Eze Ohiri over the venue for the inauguration which the Ezeimo obliged and directed his Personal Assistant to liaise with them for fund which was given to the young man for diesel and arrangement of the venue for the event. For Eze Okeke, “the inauguration of the twenty seven local government Chairmen of Traditional Rulers body was successful and witnessed by representatives of the Governor and other top government functionaries”.

He was categorically clear that both Ilomuanya and Ohiri have been lucky to serve up to nine years respectively and warned that the two royal fathers should stop behaving as if they were born with the state traditional rulers chairmanship position, whereas both of them are much junior and younger than him. Speaking further, HRM, Eze (Dr) E.C Okeke maintained that he has done nothing wrong to any of them or even stepping on their Ezeship stools but had instead aided them as his younger brothers to rise to tame and stardom.

On  why the Governor has not said anything over the development, Eze Okeke was emphatic that there was no confusion and that what those waiting for formal dissolution of the State Traditional Rulers Council failed to understand is that the Governor has done what he wanted to do by repealing the CGC law and most importantly inaugurating him as the Head of Imo monarchs which is the traditional institution, adding that he is not contesting any leadership position with Ohiri and that if Ohiri thinks “he can challenge the Governor and State Assembly for repealing the CGC law that produced him”, he has no choice than to wish him best of luck. He also stated that he can’t dictate to the government of Imo State on what to do with the Council of Ndieze but that what he knows is that the governor appointed him to head the state Traditional Institution and Community Policing.

In response to question, Eze Okeke said that if Ohiri said he is still in charge, “there is no problem” ,that all he knows is to perform his duties as assigned to him by the Governor, insisting  that  he will never contest with Ohiri hence government   knows what it wants   with a brand new nomenclature of Imo State Traditional Institution and Community Policing, reiterating that what he heads is the “Traditional Institution and Community Policing and not “Council of  Ndieze” which doesn’t exist anymore, admonishing that there cannot be two Captains in a Ship.

He eulogized Governor Uzodimma for transforming the state within his first five months in office and assured that he and his team are on course and now duty bound to deliver and ensure that government programs are supported and security of lives and property actualized in consonance with the 3R mantra of the shared prosperity government. Eze Okeke thanked Governor Uzodimma for his foresight in constituting the new traditional institution and for enthroning him as its head in the state. 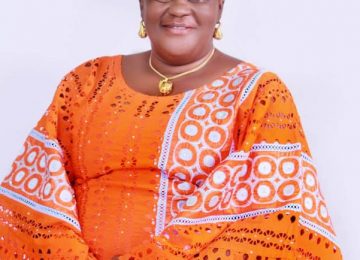 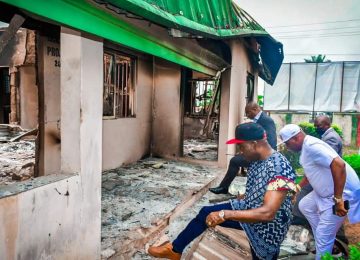