This was contained in a release issued by the Assembly yesterday, signed by representatives of the 19 local government areas that are active and functional. The other eight (8) LGAs are no longer active having been absent from meetings for more than the pardonable period.

The release stated that the impeached Speaker’s removal from office “followed every due process of parliamentary proceedings and is perversible”.

The impeachment notice which was copied to the Imo State Governor through the Commissioner for Youth, SSA to the Governor on Youth Affairs, the Imo State Commissioner of Police and Imo State Director, Directorate of State Security, urged media houses and the general public to desist from dealing with or transacting any business with the impeached Speaker for or onbehalf of Imo State Youth Parliament.

It is also warned that any counter deceptive information or publication as regards the impeachment should be ignored and jettisoned.

The release said, some of the reasons for which Hon Nwama Stanley Smith was impeached include, dereliction of duty, refusal to hold meetings for more than ten consecutive times, contrary to the parliamentary schedule, running the parliament as his personal business, secretly using wife and brother, who have nothing to do with the Assembly as Trustees of the parliament in registering the parliament with the Imo State Ministry of Youth. Others include, abuse of power and office, usurping and personally performing the duties of all supposed committees of the House without the consent and involvement of the committee members and gross misconduct, among others.

“Therefore, having formed a quorum and followed every due process as regards the impeachment of a sitting Speaker of a Youth Parliament, the House in her hallowed chamber and in the presence of the mace, voted for the impeachment of the Speaker at her sitting on Thursday 13th August, 2020, after the motion was seconded”. 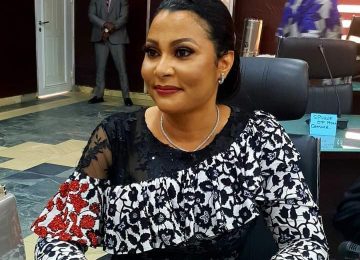