A former Student Union leader and the immediate past Secretary of Students Union Government (SUG) of Imo State University Owerri has come out with clarification on the recent proposed unmerited award to Mr Uche Nwosu, the governorship candidate of Action Alliance (AA) in 2019 election and one time chief of staff to his father-inlaw and former Governor of Imo State Senator Rochas Okorocha, which has raised some controversies in the university community.

The award had generated so much controversy among the management of the institution and student body with the authorities declaring the award as improper on the grounds that the union body at the time the award was conferred on Nwosu, was not properly constituted and the then SUG President as reprisal to the vituperations poured on him announced the suspension of his secretary,on August 25 barely two days   after the lapse of tenure of his administration on august 23 which was communicated to him in writing.

As later revealed, the former Student Union President, Oguike Aristotle Collins who was a former student of the Rochas Foundation  College Owerri, had earlier been imposed on the student union government, by this sponsors, including Uche Nwosu, as president.

It was discovered that in an effort to impress his mentors and benefactors that at the end of their tenure and his exit as the union government president that he opted to offer Uche Nwosu the award that caused the problem that elicited adverse reactions. In his reaction to the chaos, he issued a letter suspending his secretary whose tenure had already elapsed.

In a public statement issued in Owerri and made available to the media by the secretary captioned “IMSU 17th SUG President Oguike Arinze Collins Aristotle a bad leadership example”, the former scribe advises the former president to bear the shame of his unwarranted action alone.

He contended that it was official in Imo State University on the 23rd of August 2020 that the 17th republic SUG which encomprised the three arms of government came to its expiration, hence seized to act in that official Capacity. This was also followed by a notification letter from the school management informing the SUG union government of its expiration and termination.

The letter notifying the government of its expiration dated 17 August 2020 was signed by the Ag. Registrar J.I. Osuagwu.

“However it has come to our knowledge of a malicious and false publication on one White Newspaper on Wednesday September, 9th PG 10, where Oguike Arinze Collins Aristotle stated these intentional lies as follows:

1) That the SUG 17th Republic conferred on him a vote of confidence.

2) That the IMSU SUG 17th republic-diligent and dogged SUG Secretary General and Director of Sports were suspended on 26th August 2020 in an executive council meeting”.

In view of the two lies which have always been in the character of Oguike Arinze Collins Aristotle, we wish to state as follows:

1) That IMSU SUG has three arms of government which have approximately 80 members making up the union and that there was no vote of confidence on him as the reverse is the case. Instead both the executive, judiciary and legislature expressed a displeasure on his mode of leadership and officially wrote to the office of the SSA to the governor on students affairs. Likewise the school management which acknowledged his leadership ineptitude and recklessness towards Due process and Democracy. The facts still speak for itself for verification at these two authorities.

Furthermore, it’s worthy to direct members of the public to the Nigeria Watchdog Newspaper of August 28, 2020, page 3, where the school management rendered their displeasure at his character of administrative irregularities, recklessness and bad leadership dealings and also advised students not to tow his line in order not to damage their future prospects.

2) That suspension of IMSU SUG Constitution and long existing practice is an act done and exercised by the SUG parliament as provided for in section 6 of the SUG constitution which the parliament of 17th republic never did any suspension as alleged However Oguike Arinze Collins in his usual way of lawlessness and disobedience to school authorities tried but failed in his plot to thrive a propaganda that the workaholic SUG Secretary General who built standing projects on campus and has living positive legacies was suspended cum the Director of Sports whom (SIC) has been diligent and prosperous in so far as sports in IMSU is concerned.

3) Also it was stated in the false publication that the alleged suspension was on 26th of Aug 2020 while the SUG 17th republic tenure officially ended on 23rd Aug 2020 as released by the school management. How can there be suspension 3days after your tenure had ended?

In view of the above adumbration, we urge the entire public to disregard his false publication as none is near (SIC) truth and also we liken his acts as “a pig seeking to dent the image of the white ox”, the release concluded. 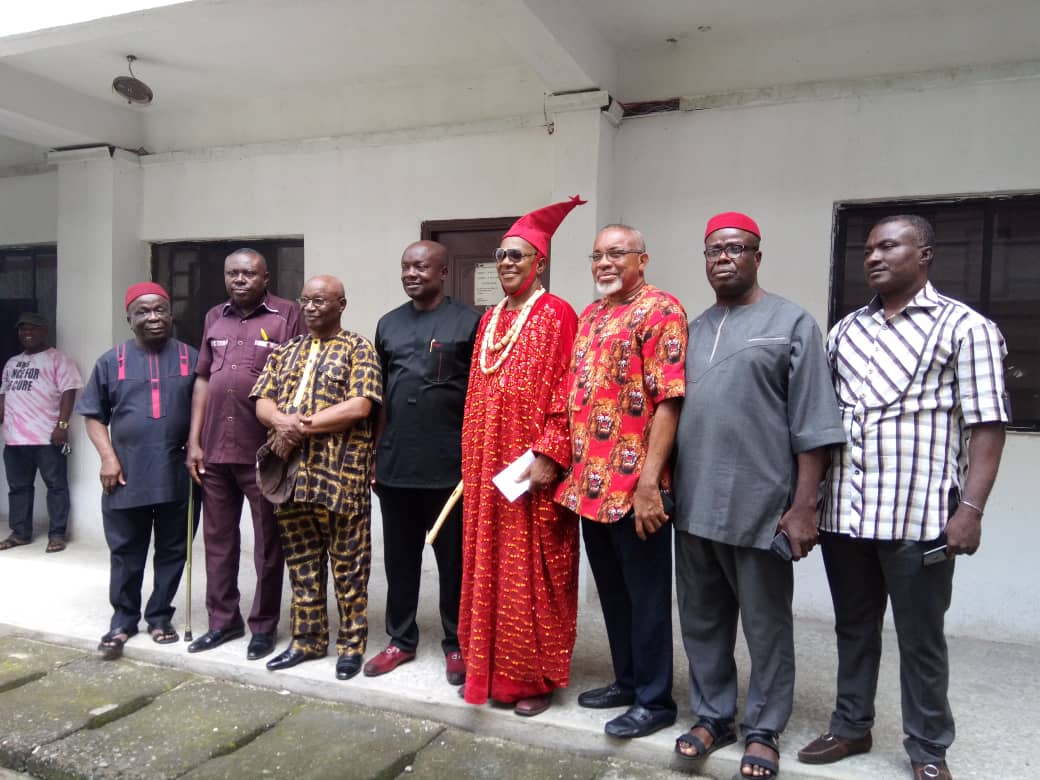