Only last week to be precise, in our Friday September 11, edition of Nigeria Watchdog Newspaper, we brought you details of a threatening letter authored by lawyers hired by the Ex-Rector of Imo State owned  Polytechnic Umuagwo, Rev. Fr. Dr. Wence Madu, also said to be a claretian priest but whose administration was riddled with alleged fraud, high handedness and sharp practices of malfeasances and improprieties.

In the letter captioned, “your constant and persistent, malicious and defamatory publications on and about Rev. Fr. Wence Madu, Demand for Retraction and Apology”, the embattled ex-rector who rather than enjoy his sabbatical leave in the Claretian Institute of Philosophy, Nekede Owerri, unconscionably, accused the newspaper of “systematic, deliberate, and sustained pattern of absolutely false, totally defamatory, baseless and unfounded stories about him”. Though the Newspaper has since, published in details, the letter signed by Madu’s lawyer,we take exception to such reference to the patriotic and selfless services, rendered to the public of Nigeria at home and in Diaspora by the Nigeria Watchdog Newspaper as inherent malice by our organization.

The accusation that our decision to investigate, inform, educate and resort to holding those in authority accountable to the people as  libelous. While attempting to put the records straight irrespective of whose ox is gored, the editorial team may have stepped on sore toes but that  in itself does not in any way suggest that the publications were sponsored  by anyone for that matter to injure the credibility and reputation of Rev. Fr. Dr. Wence Madu, both as a Catholic Priest/clergyman, and as a Public Administrator. It is therefore against this backdrop and in furtherance of our unrelenting and untiring objective of being the Watchdog of the society, that we bring details of one of the most scandalous and suspicious financial transactions carried out by Wence Madu, as Rector of Imo Polytechnic Umuagwo which has more than anything else ridiculed due process and raises another question on the integrity of the former rector.

According to a committee report on the N40 million MSME loan to cooperative societies occasioning N2 million monthly repayment/deductions from the Imo Polytechnic account domiciled with Imo Poly Microfinance Bank Ltd, “only siblings and acolytes of Rev. Fr. Dr. Wence Madu, benefitted from the loan that was secured allegedly  using fictitious signatories, representing eight cooperative societies that were formed and had their accounts opened with Imo Poly Microfinance Bank Ltd’.

The committee set up by the ImoPoly microfinance board on the 19th of September 2019 with Bernard D. Ojiaku as Chairman, Susan Njemanze as member and Dr. Desmond O. Echeta as Secretary, discovered that none of the account opening forms was properly and dully processed. Furthermore, they observed that most of the transferred cheques and payments were not properly authorized or correctly processed. The handwriting used in writing all the transferred cheques was same, and different from the writing of the authentic signatories.

“Though the loan was guaranteed and authorized for in February 2017, there was no plans to recover them until Rev. Fr. Wence Madu was about to expire as Rector in 2019 almost two years after, and for fear of probe. Of significant importance was the fact that the names given as executives of the cooperatives societies by the Imo State Ministry of Commerce and Industries via a letter dated February 27, 2017 were discovered to be different from the bank authority signatories implying that the whole process was fraudulent, and aimed at fleecing the polytechnic.

(h)            That the sum of M6M has been deducted from the Polytechnic account with the Microfinance Bank for the repayment of the loan as was directed by the former Rector, Rev. Fr. Dr. Wence Madu

(i)     An Imopoly Microfinance Bank cheque of N500,000 was drawn in favour of Chief Ambrose Uchegbu dully authorized by the signatories (Obiloma Applonia and Ogbonna Patrick) for payment and the signatories also signed behind the cheque. They also collected the said sum of N500,000. (See appendix 2).

Based on the above observations, the Committee had interactions with a total number of 17 persons, categorized as follows:

(a)    Beneficiaries of the cheques and authorizing signatories to the Cooperative accounts who signed the cheque withdrawn.

(b)    The affected schedule officers of the bank e.g the Managing Director, the Marketing Manager, the Internal Auditor, the Customer Service Officer, the Operation Manager, the Cashiers etc.

(c)    The polytechnic Management (the Registrar Mrs. Susan Njemanze and Bursar Mr. Okafor Linus (the registrar Susan Njemanze was member of the committee that investigated the entire suspicious transactions)

(d)    Some members of the said Cooperative Societies.

The Committee after interviewing and interacting with the above categories of people, found out the following;

ii) The above was done in agreement with the then Rector/Chairman of the Board of Directors of the Bank -Rev, Fr. Dr. Wence Madu and the Managing Director of the bank Mr. Nsoha Polycarp.

iii)The said N40M was used outside its purpose and for private affairs and to retire it, the following now came in to picture.

a)  Selected loyalists, relations, friends and well-wishers of Rev. Fr. Dr. Wence Madu were handpicked and told to fill the bank opening account forms as signatories to the said Cooperative Societies.

b)  The Cooperative Societies were said to be formed, using names of any one they could remember without his or her knowledge to make up the required number for each cooperative.

c)  The account opening forms were said to be filled after the distribution of the fund, just to fulfill all formalities and that was why the forms were all filled haphazardly and not properly processed, by the handpicked siblings, friends, relations and loyalists of Rev. Fr. Dr. Wence Madu.

iv) The Committee observed that on the 30th May, 2017, the Management of Imopoly discussed the assessment of the N40M MSME loans for some purposes, other than what it was later applied on by Rev. Fr. Dr. Wence Madu.

vi) All those pre-signed the blank cheques were used without the knowledge of most of the authorizing signatories and not properly processed by the bank, to settle obligations.

vii)The N500,000 cheque in favour of Chief Ambrose Uchegbu was drawn, authorized and collected by the signatories of the account , Obiloma Applonia and Ogbonna Patrick with the directives of the former Rector  Rev. Fr. Dr. Wence Madu, and the Managing Director of the bank. Hence Chief Uchegbu Ambrose was called on the phone by the former rector Rev. Fr. Dr. Wence Madu to see the MD of the bank who gave him N500,00 without documentation. Chief Uchegbu Ambrose, on a second thought paid back the money into the account where it was withdrawn.

viii) The former Rector/ Chairman of the Board of Directors of the Banks also  allocated the total sum of N31 million to the following names; O J Activities -N5M, Oguzie Anthony – N10M, Holy Trinity Catholic Chaplaincy -N1M, and Orjiako Clifford -N15M for the same purpose of retiring the N40 MSME loan.

ix) The beneficiaries or names used in making withdrawals from each of the Cooperative Societies are as follows;

b)  lgwebuike Imopoly Umuagwo-Ohaji bank cheque of N5m to Obinna
Chukwuma (who also is the only signatory to account ) dated 15/2/17, and was transferred to Imopoly Microfinance Bank a/c no 1000000069, in favour of O.J Activities Nig. Co.

d)   Isioma Imopoly, Umuagwo cheque of N5m datedl3/4/17 in favour of imopoly microfinance ltd, transferred to Orjiaku Clifford (who is a signatory to the a/c and without transfer authority.

f) Nwannegadi Umuagwo-Ohaji cheque of N5M, dated 15/2/17 in favour of Anthony E. Ogbuehi (who is a signatory to the a/c) transferred to Anthony Oguzie without the proper authorization.

g) Uzondu Umuagwo fishery cheque of N 5m dated 15/2/17 was in favour of Nnorom Francis and retirement of cash advances to Chukwuma Evelyn (cashier) as was directed by the Bursar – N1,060,000 without proper authority-

(a)Obiloma Apolonia (a signatory to the account) cashed N960,000

The committee has since recommended that the former Rector, Rev. Fr. Dr. Wence Madu who doubled as the board chairman, and the Managing Director of Imo Poly Microfinance Bank, Mr. Polycarp Nsoha, should be held responsible for what it referred to as misappropriation and fraudulent practices surrounding the N40 million MSME loan.

His younger brother,Madu Chima Christian was actively involved in perpetrating the scam. Finally,the panel recommended that in the event Rev. Fr. Dr. Wence Madu does not refund the N40million anti-graft agents must be drafted to arrest those involved in the alleged fraud. 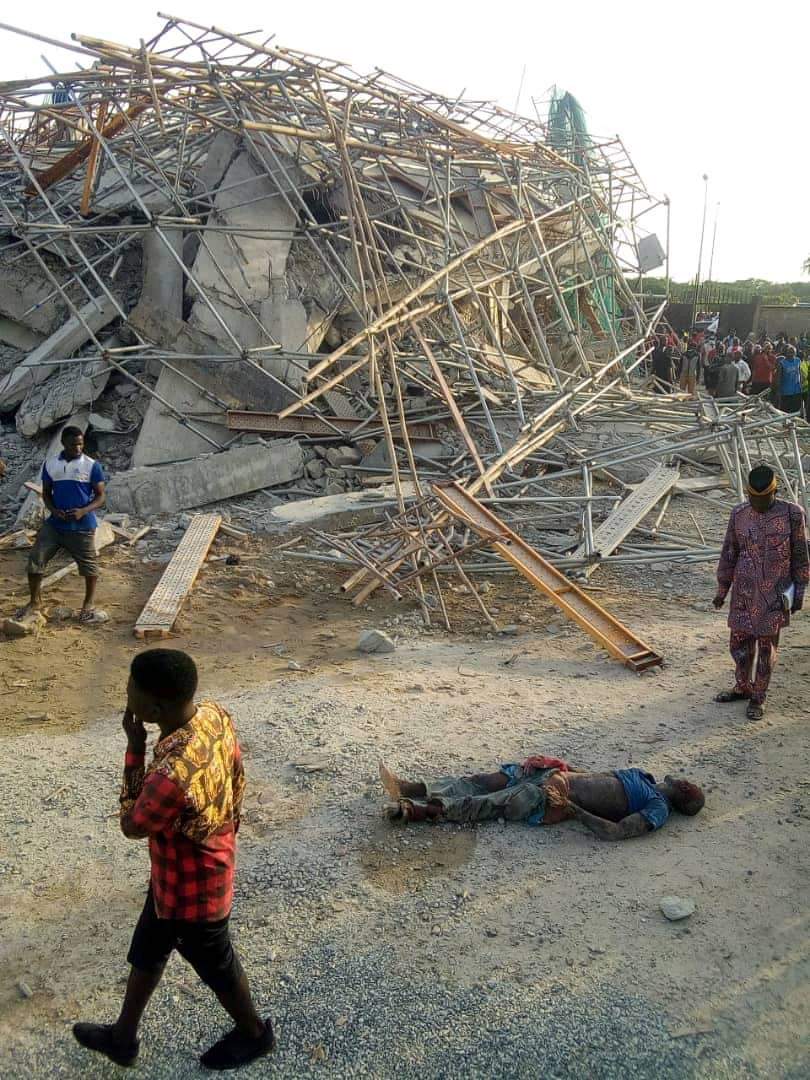 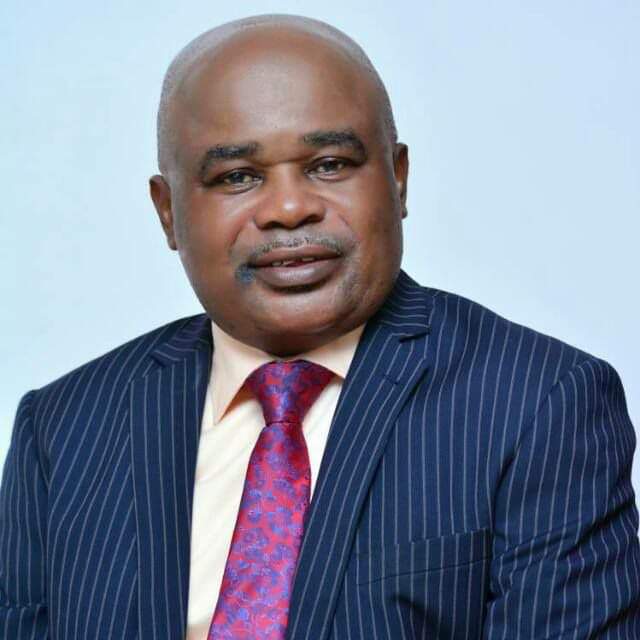