A police constable, Ophedo Chidera, on Monday allegedly brutalized a man, Chidiebere Azuatalam, at Anara Divisional police headquarters in the Isiala Mbano Local Government Area of Imo state over N5,000 bailout bribe.
The victim was at the police division to seek the bailout of a widow, Akudo Chimezie, who was arrested by the cop.

The cop had held the widow in custody and allegedly  insisted that she should give him N10,000 in order to regain her freedom.
The widow, our correspondent was told, contacted the victim who is her relative to seek her bailout.

The victim told Journalists from a hospital bed that Chidera asked him to bring N10,000 as a bribe for the window’s bailout.
Azuatalam, said that he pleaded with  the constable to take N5,000 and release his relative, an appeal that infuriated the cop and he pounced on him.

The victim said” when I got to the police station, the IPO asked me to bring N10,000 before he will give me my aunty on bail. I told him to take N5,000 because of the window’s pitiable financial condition. He immediately got angry and asked me to leave his presence. I told him to calm down, reminding him that the Inspector General of Police said that bail is free.
“He immediately pounced on me, using all available weapons on me. He broke my lips, jaw, chins. My eyes were equally affected. He threatened to shoot me and that nothing will happen. It was another police officer who came out from one of the offices that rescued me from him. As I speak to you, my teeth are shaking and I am having huge pains, internally. This is an intimidation.

Our correspondent learnt that the cop was notorious in the area and was said to be in the business of intimidating people. He was said to had been transferred out of the division  before but he worked him back to the place.
A source at the Divisional Police Headquarters said that the DPO was returning from Owerri, where he attended the Commissioner of police weekly briefings.He told our correspondent on the phone that he had been briefed on the phone about the alleged brutality.

A police officer at the division who spoke to our correspondent on condition of anonymity said ” the DPO is on his way back to the Division from Owerri, where he attended the CP’s weekly briefing. However, he had been informed about the alleged brutality and he had asked the victim to wait for him. The officer will be punished if he is found culpable. We frown at such act of indiscipline.

A source at the police division told our correspondent that THE DPO arrested and detained the cop immediately he arrived the divisional headquarters.

When contacted, the Police Spokesperson in the state, Orlando Ikeokwu, told our correspondent that the command’s Police Complaint Bureau will handle the incident.

Ikeokwu, said that the errant cop had been arrested and detained and that disciplinary actions had commenced against him.
He assured that the cop would face the wrath of the law should he be found culpable.

Uzodinma Disagrees With Southern Governors On Anti-Grazing,Says Imo Farmers At Peace With Herders

Posted by Watchdog Newspaper - August 26, 2021 0
With barely six weeks to the September 1 deadline set by the Southern governor’s forum that met-in Lagos recently with… 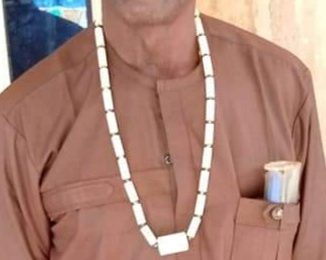