Abba Autonomous Community in Nwangele Local Government Area of Imo State has elected a new executive to pilot its affairs.

In an election held in the community, Thursday, Engr. Ken Iwuogo polled a total of 55 votes to emerge as the President-General, defeating his rival, Mr. Chidi Adom who got 16 votes.

Adom, upon the announcement of the result, did not waste time to congratulate Iwuogo on his victory.
Mr. Onyekachi Ogude was elected as the Vice President-General, while Mr. Dubem Iwuchukwu is the Secretary.
Other members of the executive are Mr. Anthony Uzoma (Assistant Secretary), Mr. Nnamdi Uzoma (Financial Secretary), Chief Angus Osuoha (Treasurer) and Mr. Ebere Arihi  (Publicity Secretary).

The monarch regretted that those he described as thugs attempted to disrupt the election process, resulting in a change of venue.
He commended the electoral committee for doing a good job and expressed optimism that the election would produce an executive that will drive the development of the community.

In his remarks, the leader of a team from the Office of the Special Adviser to the governor on Political Matters, Chief Patrick Nwadike, noted that the office gives town union elections the seal.
Nwadike said the essence of directing for the election is to entrench democracy at the grassroots.

He declared the election peaceful and added that people were allowed to vote according to their conscience.
Speaking, the Chairman of the Electoral Committee, Chief Ethelbert Olumba, who was elated over the success of the election, described the day as his happiest.

Olumba said he was happy to have contributed to the return of peace in the community.

In an acceptance speech after being sworn in, the newly elected President-General, Engr. Ken Iwuogo, said he has the capacity to unite the community and attract development.
Iwuogo made a firm promise to restore electricity light in the community, describing his election as a new dawn.

He also assured of liaising with other stakeholders of the community and Nwangele in general to ensure development and called for support.
The election was observed by the Head of the Department of State Security in Nwangele, as well as the Divisional Police Officer (DPO) of the area.

The newly elected President and his team in a bid to familiarise with stakeholders of the area, yesterday visited the Nwangele IMC chairman, Chief Cosmos Iwuagwu.Chief Iwuagwu while receiving a handover note from the immediate past PG, Chief Hilary Okereke noted that it was the first time to witness a smooth Transition from one PG to another.
It was further gathered that the vibrant and carefully elected executive team will visit the Senior Special Adviser to the governor on political matters, Chief Batos Nwadike today.

Posted by Watchdog Newspaper - August 17, 2020 0
The recent emergence of Chief Clifford C. Okoronkwo-Uba as the next Traditional Ruler of Nnenato-Ihioma ancient kingdom has elicited joy,… 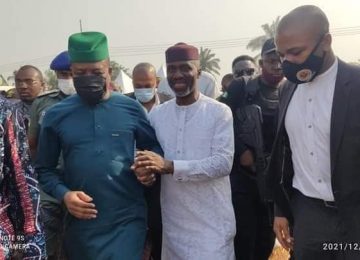 Posted by watchdog - February 16, 2018 0
What could be described as a move towards the total destruction of the local government system has eventually been unveiled.…