Hon Chike Okafor, representing Obowo, Ihitte Uboma, and Ehime Mbano in the Federal House of Representatives has donated a functional Dialysis machine and water treatment plant to the Imo State government for use at the Imo State Teaching Hospital IMSUTH, Orlu.

While handing over the equipment the Obowo born federal legislator said he donated the dialysis machine and water treatment plant to compliment the efforts of the  state government which according to him has shown determination to revive the health sector by resuscitating  IMSUTH that was moribund  before his emergence as governor.

He recalled that IMSUTH had lost accreditation for eight years until Governor Uzodinma provided the necessary wherewithal and ensured that the institution’s accreditation, and lost glory were restored in the interest of Imosons and daughters whose hope of qualifying as medical doctors had been dashed.’

Hon Okafor expressed delight that Governor Uzodinma is not only pragmatic but has also exhibited leadership acumen by providing the necessary facilities and ensuring that the institution engaged qualified teaching and non-teaching personnel for optimal quality service delivery.

Speaking at the ceremony to hand over the medical equipments the Chief Medical Director CMD of IMSUTH Orlu, Dr Ifeanyi Nwamba represented by Dr Ebere Ibezim extolled Hon Deacon Okafor for donating the brand new Dialysis machine to the hospital, at a time it was highly needed.

“He narrated that “a patient with kidney problem needs about three dialysis sessions per week, and each session costs an average of N30,000, because, the dialysis machine helps the patient by performing the function of the kidney, filtering and purifying the patient’s blood, removing waste and excess fluid from the body which gives room for fast recovery.”

He thanked Deacon Chike Okafor for the great relief to IMSUTH, informing him that he has succeeded in giving life to Imo people with the donation of the machine, and promised on behalf of the CMD, that all sons and daughters of Okigwe South, with kidney issues, will be treated free of charge, and that the DIALYSIS MACHINE will be judiciously be put to use by IMSUTH.

No incidence of cult activities at FG College, Okigwe 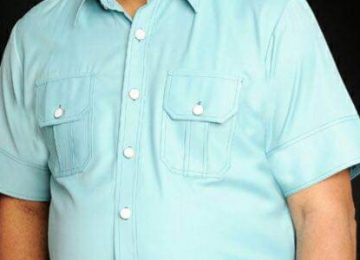 Imo Gets New Head Of Service,Ucheoma

Posted by Watchdog Newspaper - July 21, 2022 0
Governor Hope Uzodimma has approved the appointment of Barr. Raymond Obioma Ucheoma as the new Head of Service of Imo…