It was jubilation galore amidst praises and thanksgiving to God last Thursday, at the palace of HRH, Eze Kingsley Odu, Agwa Ukwu 1 of Dindi autonomous community, in Owerri West Local Government Area, as one of his brilliant and vibrant children, Prince Chukwuebuka Chinagorom Odu passed out as a Cadet Officer in the USA Army.

Prince Chukwuebuka Chinagorom Odu who left Nigeria in 2015 at the age of 17 enrolled into the prestigious U.S. Military Academy and by dint of hardwork, sailed through the rigorous academic and disciplinary exercise and passed out in flying colours on Thursday 25th March 2021 to the admiration of his family, community and Nigerians at home and in the Diaspora who are not only elated but proud of the young man’s achievement.

Commenting on his son’s brilliant performance, the cerebral, distinguished and widely travelled Monarch said, “I am grateful to God who has made it possible. I give him all the glory. I am also happy that my efforts have started yielding desired result. Before Chukwuebuka left the shores of this country for America in 2015, two of his elder brothers had travelled to Europe in 2008 for their Masters degrees, after obtaining their first degrees at the Federal University of Technology (FUTO), Owerri. I sold my 16 bedroom hostel located opposite Umunga Frank Okere at the cost of N5.8m then, and invested N2m in sending each of them overseas for Masters degree. I am happy and grateful to God that they are all doing well”.

“I also sold some of my lands to Festus Ekechi and his brother Roy Ekechi, both of who are Chiefs in my cabinet. It is therefore surprising and laughable that these people who know the extent I went to raise money and send my two eldest sons abroad in 2008 and the younger one in 2015 have turned around to deceive and misinform some people that enriched myself through the sale of Okeohia land and used the proceeds to send my children abroad, forgetting that the issue of Okeohia and it’s acquisition by the state government started in 2017, nine years after my two eldest sons travelled abroad and 2 years after the younger one who is now a Cadet Officer in the U.S Army travelled in 2015”.

Eze Odu expressed dismay that Chief Festus Ekechi by virtue of his position as a retired Director with the Nigerian Deposit Insurance Corporation NDIC, should exhibit decorum, attach premium to due process rule of law and avoid the use of foul language, has constantly exhibited ignorance and naivety by resorting to the use of gutter language and condescending to the abysmal level of not only insulting a coronated traditional ruler whose staff of office was presented to him by the government but also sponsoring and instigating youths to forment restiveness, disunity and breakdown of law and order in Iriamogu village.

The revered and distinguished traditional ruler who is said to have recorded monumental achievements since he ascended the throne in 1996, wondered, the rationale behind the stakeholders meeting being canvassed for by Chief Festus Ekechi, stressing that, “Ekechi is biased and has already taken sides by calling me a 419er who fraudulently sold/gave out Okeohia land and enriched myself in the process. He has by that unguarded and porous utterance, usurped the role of the judiciary. The same Ekechi wrote a letter to the President General of Dindi autonomous community, Chief Engene Ohakwe telling him to desist from dealing or having any transaction with me to avoid denting himself because, according to him, I am a fraudulent person who should not be associated with. He has unilaterally given me a pariah status based on his estimation”.

Eze Odu posited that, “it is an aberration for one to be a judge in his own case, and since Ekechi has already put the cart before the horse, he is biased, has lost credibility and should under no circumstance convene the scheduled stakeholders meeting which from all indications, is a deliberate ploy to rubber stamp and force his pre-conceived impressions down the throat of his handpicked audience who are subject to his manipulative antics and tendency”.

“For instance, Chief Festus Ekechi, in one of his posts in the social media, averred that some innocent young men have been compromised with some pieces of land and coins in order to make them foot soldiers. Iriamogu is blessed with intelligent people. We are not fools. If you are a 419ner, please do that outside the community. All of you will be held accountable, no matter how long it takes you to give account of our common wealth that is worth over N1b as at today. We are talking of over 400 plots of land at Okeohia and Okpo Ogoloshi”. He also wrote a letter to the President General, stressing “please don’t misunderstand me. You are a gentleman to the core, working with a wrong man who will soon soil your image”.

“Based on the above, we hereby confirm and acknowledge ownership of the Estate. The information has earlier been communicated by our letters to the Police and the Army and have also been broadcast on air”.

Continuing, Eze Kinglsey Odu said, I have patiently take note of all invectitudes poured on my person and the leadership of Iriamogu Development Union. But as a Royal Father and Chief custodian of the culture and tradition of Dindi autonomous community who places much premium on decency, due process, rule of law and detests use of foul and abusive language, no matter the level of provocation, would not join issues with Festus Ekechi and his cohorts as that would not only demean my status but also ridicule the entire community, hence I would prefer a court of competent jurisdiction to adjudicate over the matter, in the interest of peace, harmony and mutual co-existence”.

Some stakeholders in the community, including the past and present chairmen of Iriamogu Development Union, Hon. Amarikwa Opara and Ichie Nze Harold Oparaugo Respectively, Jude Anah, former chairman of Ozuruke family meeting where Chief Festus Ekechi comes from among others, including Hon. Chris Oguoma, the community’s Attorney in respect of Okeohia and Okpo Ogoloshi confirmed that the entire plots of land allocated to Iriamogu by the state government are 124 plots, out of which the 21 families involved were given four and half plots each, the family that owns and oversees the Okeohia deity (Umuokeoma/Adari) was given 8 plots, the Attorney, the youths, women group, past and current exco of IDU as at then were also allocated plots of land from the 124 plots of land allocated to the community.

It was also gathered that the demarcation and parcellation of the entire land was handled by the Surveyor General of the state alongside the Imo State Housing Corporation.

Eze further emphasized that the “kindred that owns the Otamiri deity was given 8 plots of land in line with the Igbo adage that he who owns the deity also owns the shrine and surrounding forest which in this case, is the Okeohia that is owned by the Otamiri deity served and overseen by the Umuokeoma/Adari kindred.

Some concerned indigenes of Iriamogu village who expressed disgust at the over bearing conduct and attitude of Festus Ekechi decried his penchant for causing trouble and disaffection in the village and urged him to channel the resources he is wasting in heating up the polity unnecessarily, towards assisting the less privileged who need help.

“Ekechi has distracted our Eze and the entire village enough. We are sick and tried of his propaganda and alleged blackmail and advise him to retrace his steps”. 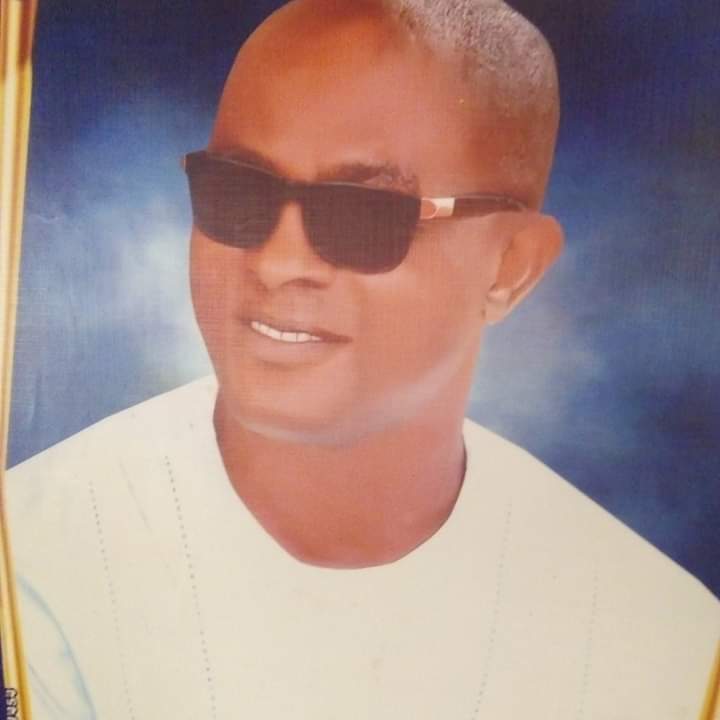