The Commissioner for Information and Strategy,Mr Declan Emelumba’s support for Chris Akaraonye’s dissident group of the Nigeria Union of Journalists, Imo State  council  despite the council’s resolution that led to the setting up of a Caretaker Committee formerly led by Comrade Steve Uzoechi and presently by Comrade Precious Nwadike, has been linked to the Commissioner’s desire to have a weak, docile and inept union that will make it difficult for journalists in Imo State to play their constitutional role of holding the government accountable to the people as stipulated in Section 22 of the 1999 Constitution of the Federal Republic of Nigeria, as amended.

A reliable government house source who spoke to this reporter on condition of anonymity said, “it is obvious that Emelumba is more pleasantly disposed to Akaraonye and his group because he wants the NUJ to be moribund in the state. This is because he knows that a virile and active NUJ in the state that lives up to expectation by playing it’s constitutional role”.

The source also revealed that Emelumba who was recently asked why he prefers dealing with Chris Akaraonye who was appointed by former governor Rochas Okorocha to enable him buy off the union’s secretariat , said, he prefers dealing with Akaraonye who is a retired civil servant because, government can always hold and whip him into line with the payment of pensions, unlike the Precious Nwadike led group that comprises mainly independent journalists who are not amenable to and will certainly not dance to government’s whims and caprices.

He also hinted that the crisis presently rocking the NUJ is to the advantage of the Commissioner for Information who is applying divide and rule tactics. “For instance, when journalists were attacked in the state, Akaraonye, at the instance of the Commissioner for Information, issued press releases negating the stand of the affected journalists and the NUJ, in support of the state government. In the same vein, when a nursing mother was humiliated out of office by the government, for demanding what rightfully belongs to her, Akaraonye also issued a press release supporting the action of the state government, as opposed to condemnation from a cross section of Imo people, including journalists.

It was said that in most cases, Emelumba authors most of  such releases for Akaraonye who is not a journalist but a retired photographer with the Ministry of Information.

When contacted, the chairman of the Caretaker Committee of Imo NUJ, Comrade Precious Nwadike averred that Emelumba should know that power is transient. The fact that he is a commissioner today does not mean that he will occupy the position for ever. “As a seasoned journalist and an elder statesman, it will be an abdication of responsibility for him to keep quiet or feel unconcerned when journalists in the state are assaulted . He should also not be seen or perceived to be conniving with those fuelling crisis in the Imo State council of the Nigeria Union of Journalists”. 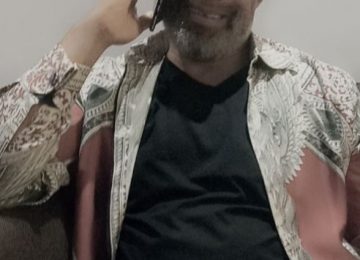 Posted by Watchdog Newspaper - July 19, 2021 0
An ex-senatorial aspirant for Imo-east senatorial district, Ugochukwu Harry Nwachukwu, has described the Peoples Democratic Party in the state as…