-Vows to mobilize Imolites for Uzodinma

Engr. Emmanuel Abuchi Ihenacho, a Computer Infrastructure Technology Specialist, Microsoft Certified Systems Engineer (MCSE), who holds a Bachelor of Science degree in Information Technology from the University of Phoenix, in San Jose, California has been appointed Coordinating Ambassador of the Senator Hope Uzodinma shared prosperity government in the United State of America.

The Special Adviser to the Governor on Political Matters, Dr. Batos Nwadike who disclosed this during a virtual zoom meeting with Imo State Indigenes in the USA on Sunday May 23, while inaugurating the USA chapter of Shared Prosperity Ambassadors, said, the initiative is aimed at sensitizing Imolites in the Diaspora about the programmes, policies and activities of the shared prosperity administration in the state and also solicit their support as partners in progress.

Dr. Nwadike also noted that, “as critical and important stakeholders, Imo citizens residing in the United States of America should not only be carried along but also be given opportunity to contribute and make meaningful inputs.

A source who commented on Cobro’s recent appointment said, “Engr. Emmanuel Iheanacho whose passion and zeal for the political and socio-economic development of Imo State is not in doubt once served as Coordinator, South East People Assembly (SEPA) in Western United States.

“Engr. Emmanuel Ihenacho participated actively in most of the democratic elections held in Nigeria, particularly in Imo State, including the 2003, 2007, 2011 and that of 2015 that elected Governor Uzodinma as a two time Senator for Orlu zone almost lost his life in the 2007 election while trying to ensure the political survival of our dear state. To the best of my knowledge, he has paid his dues, has what it take and is amply qualified for the appointment. I, like most people who know him very well are confident that he will perform creditably and achieve desired result.

Also speaking, a source who simply identified himself as Dr. Eneazu, said, Engr. Ihenacho is a focused team player, with unquestionable loyalty who has keenly followed  and supported the Imo political process as a young, and vibrant man who has contributed immensely in different ways. There is no doubt that he not only deserves but merits the appointment”.

Speaking to our reporter over the development,Ihenacho said the governor, Senator Uzodinma is passionate about transforming and repositioning the state in the overall interest of Imolites at home and in the Diaspora, stressing that there is synergy between the state government and Imolites in the USA and solicited support for the governor.He further assured that he will mobilize Imo people in USA for Uzodinma,adding that the government  needs the contributions of those of them overseas to succeed.

A California based Woman Leader, Chief Ann Igwe Kalu and a prominent son of Imo State Chief Val Ogamba who is also based in California urged political leaders in the Diaspora to support and encourage the Hope Uzodinma shared prosperity government that is anchored on Recovery, Rehabilitation and Reconstruction to attract foreign investors that will help develop the state.

Posted by Watchdog Newspaper - September 2, 2021 0
The musical assemblage of Ikukuoma Foundation, Dulciana Ensemble, was finally inaugurated on August 28, 2021 at the Foundation’s corporate office… 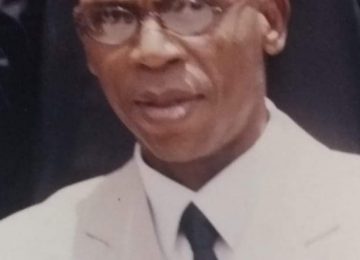 Posted by Watchdog Newspaper - August 12, 2022 0
As the decision of the incumbent lawmaker for Orlu State constituency in the Imo State House of Assembly, Hon Pascal…