The event which took place at the Government Secondary School, Okigwe Road yesterday was well attended by both serving principals and the recently retired ones numbering about thirteen.

In her opening remarks, the Chairperson of ANCOPSS Owerri Municipal LGA and the Principal of Urban Development Secondary School, New Owerri, Mrs Rosemary Amadi thanked all members for their efforts in moving the association forward and as well ensuring that schools under their care were properly managed. She equally used the opportunity to thank the education secretary,Dr Adaugo Nwanebo whom she described as visionary and result oriented administrator while congratulating all the retired principals in Owerri Municipal for the grace of God that saw them through in their years of service.

For observers,the governor of Imo State Senator Hope Uzodinma received a pat on the back with a commendation for giving free hand and creating a conducive environment for civil/public servants to showcase their mettle and perform optimally in their various duties and assignments.

The commendation came from no less a person than the Acting Executive Secretary of Secondary Education Management Board, Dr. (Mrs) Adaugo Nwanebo while addressing the retired and serving principals who graced the occasion.

Nwanebo harped on the importance and need for all school Principals, teachers to be focused and dedicated to whatever duties they are assigned to either to administer or teach.She advised to always observe channel of communication for which civil servants are known and concentrate on improving on the welfare of their students and leave the SEMB alone to serve them better.

She urged every school principal and teacher in the state to imbibe the spirit of dedication to duty and learn to shun all forms of corruption or malpractices, assuring that her office will not tolerate such.Speaking further,she said the era of collecting money for posting out principals or promotion is gone as merit is now the watchword of the agency,urging the principals to always report any staff involved in any corrupt practice.

Speaking with newsmen,shortly after the occasion on achievement of the agency,the soft spoken administrator par excellence  used the opportunity to reel out some of her achievements on assumption of office as Executive Secretary which include restoration of schedule officers in the SEMB, rescission of undue transfer of teachers and Principals, meeting/dialogue with Principals on way forward as regards the 3R mantra of His Excellency,senator Hope Uzodinma in reference; Re-shufflement of headquarters’ staff to promote work ethics, as well as monitoring of BECE for 2019/2020 academic year.

Other successes recorded by the Executive Secretary who got her PhD in 2014, include visit to some schools on commissioning of projects, rationalization of teachers in Secondary Schools, rescission of disarticulated/dualized schools, that are less than 500 students in population, strategizing on control of Examination malpractice for better achievement, restoration of software for payroll.

The Executive secretary’s other achievements as mentioned include uploading of Primary School Teachers to Secondary Schools, posting of idle SEMB staff to Schools, inauguration of Old students in all the Schools, resuscitation of State P.T.A., adoption of Entrepreneurship clubs in all the schools, for the renewal of skills and Catch Them Young Initiative, flag off of Spelling Bee Competition for all the Public Schools, 2020/2021 academic year, girl-child Education programme in progress.

She did not leave out procurement of Academic records (Registers, Diaries, Dossiers), Bio data capture in progress, posting of idle Ministry of Education Staff to Schools to teach, training fifteen staff on Software/Payroll Domain, that can pay more than 5,000 workers within 20 minutes as she has also embarked on training of SEMB Staff in Headquarters and Zonal Offices on Work Ethics, Management Hierarchy and Channel of Communication in Imo State Secondary Education System.

All of these achievement  ,Nwanebo said wouldnt have been made possible if the government have not been supportive to the agency.

In conclusion,she called on all principals and teachers to always pray for the Governor of Imo State for God to give him the grace to move the state forward.

The high point of the occasion was recognition of some of the  retired principals at the occasion who include: Sir Obioma Egbuchulem, Sir Chima Patrick N., Sir A. T. O Nnamdi, Nze Ike Onyemaobi, Mrs Victoria Amadi, Mrs Victoria Osuagwu, F. C. Ekebor, Nze B. I, Onyeje G. G and few others.

Posted by Watchdog Newspaper - December 15, 2020 0
The Owerri zone apex socio-cultural organization, “Olu Owerri” has come out very hard on the Ikeduru born chieftain of the… 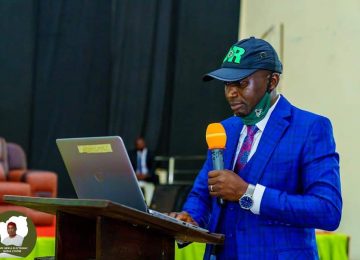 Posted by Watchdog Newspaper - November 16, 2020 0
The Imo State Board of Internal Revenue, which has allegedly become an establishment where all kinds of aberration are encouraged…