A worldwide socio cultural organization of Ndigbo under the auspices of Igbo National Council has reacted angrily to the alleged “shoot at sight” order given to security operatives in the South East by the Inspector General of Police which they described as satanic state program against Igbos in the 21st century and passed a vote of “no confidence on the IGP and two governors of the South East, Hope Uzodinma of Imo State and Dave Umahi of Ebonyi who are alleged to be in support of the deadly order.

In a statement issued in Owerri on Wednesday June 2, by the President of the Council Chilos Godsent, and made available to the media, the council urged all patriotic and good spirited Nigerians to rise against this agenda being championed by the federal government.

The release reads: “the IGP’s order to shoot-at-sight in South-East and South-South Region of Nigeria is a subtle declaration of another State pogrom against the Igbo Race in the 21st century.

The Igbo National Council (INC) worldwide was traumatized with pains because of the ongoing State killings of the Igbo Race resulting from the wicked and satanic order of shoot-at-sight by Usman Alkali Baba – the Inspector General of Police (IGP) and his cohorts in the likes of Senator Hope Uzodinma and Engr. David Umahi.

The President Buhari led civilian junta has through his security Chiefs deployed battalions of blood thirsty Fulani killer police and military special squads to the Igbo Nation States to arbitrarily arrest people, torture them and also shoot-at-sight in a bid to recklessly massacre unarmed Igbo Youths, Men, Women and Children in the name of hunting for Unknown Gun Men (UGM).

We are aware of the desperate efforts of the Fulani cabals to use the Federal Forces to intimidate; attack and conquer other ethnic Nationalities in Nigeria as part of their project to Fulanize and Islamize Nigeria through the brutal armed conquest. We therefore urge all patriotic and good spirited Nigerians to rise against this satanic agenda being desperately championed by this Federal Government. Nigeria is a secular state and must remain a secular state.

We wish to remind President Buhari led civilian junta that history has it that no amount of brutal violent or state repression can stop a people’s peaceful struggle for good governance and development through self-determination. You cannot deny the people their Right to Self-Preservation and Self-Determination just because you wish to conquer and enslave them.

It is a general saying that “violence begets violence”, we therefore wish to reaffirm that the ongoing militarization of the Igbo Nation and the massacre of the armless civilians will worsen the security situation in Nigeria ahead of the 2023 general elections. We therefore demand that the government stop arbitrary killings and adopt the means of peaceful dialogue to resolve the crises in some of the Igbo Nation States, especially Imo, Abia, Ebonyi, Enugu, Rivers, Benue and Anambra States respectively.

Consequent upon the above, the Igbo National Council (INC) therefore wished to “Pass a Vote of No Confidence” on the IGP Usman Alkali Baba, Senator Hope Uzodinma of Imo State and Engr. David Umahi of Ebonyi state for their ineptitude and abysmal incompetence in handling the violent conflicts in Imo and Ebonyi States respectively”.

Posted by Watchdog Newspaper - January 13, 2021 0
The Constitution of the Federal Republic of Nigeria makes the security of lives and property of the citizens the priority… 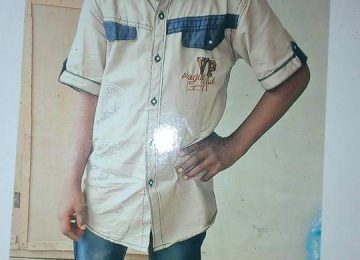 Posted by Watchdog Newspaper - November 2, 2020 0
v  As the Imo State Judicial Commission of Inquiry into Police Brutality and related Extra-judicial killings sets to seat in… 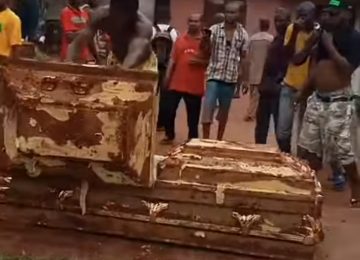 Posted by Watchdog Newspaper - October 30, 2020 0
-Accuse deceased of forceful acquisition of property By Martin Opara The saying that, the mills of justice grind slowly but…