The newly elected chairman of the National Association of Women Journalists (NAWOJ), Imo State chapter, Barr. Vivian Otti has revealed how Chris Akaraonye the retired photographer turned dissident chairman of Imo NUJ and his accomplice , Innocent Igwe plotted to sell the NUJ secretariat located along Port Harcourt road Owerri, without the consent and approval of journalists in the state who, on getting wind of their alleged criminal intent, vehemently opposed the move.

Otti who made the revelation in a chat with this reporter said, her refusal to be part of the deal that was aimed at fraudulently enriching few people at the expense of majority of Imo journalists is the reason for their stiff opposition against her leadership of NAWOJ which they also want to castrate and make docile.

She said, “in June 2018, during the Imo NUJ summit,ahead of the election of a new executive where I was chairman of the Credentials Committee, for the said election, Innocent Igwe who was then the outgoing chairman and his anointed candidate Chris Akaraonye invited me to a private meeting where they told me that they had concluded plans to sell the Imo NUJ secretariat to a former governor of the state who according to them, had also provided the union with an alternative secretariat. They told me to comply and assured me that the agreed price of N98m would be shared amongst us”.

“The first question I asked them was if Imo journalists were aware of the deal. Innocent Igwe said no but that the National leadership was aware and had given consent, hence nothing will happen. It was at this point that I told them to count me out of any transaction that would shortchange or undermine the individual or collective interests of journalists in the state. Having said that, I walked out on them”.

The amiable Director of Programmes at the Imo Broadcasting Corporation (IBC), who was unlawfully suspended at the instance of the Commissioner for Information and Strategy, Declan Emelumba for requesting that she and her colleagues be paid accumulated arrears of their salaries, said, “that was the genesis of the hatred they have for me and their opposition to my re-election as chairman of NAWOJ, Imo State Council despite my overwhelming victory”.

She further posited that, “shortly after that, the National President, Chris Isiguzo who was also in Owerri for the summit invited me for discussion on the same issue. And I maintained my stand. They now vowed to frustrate my re-election by adopting Dorathy Nnaji who they believe will do their bidding as the defacto chairman of NAWOJ in the state”.

When asked why the controversial Commissioner for Information, Emelumba was also against her, she said, “I would not comment on that for now, but in no distant time, Imolites will have a clearer picture of who the commissioner is. For now, I am focused, committed and more concerned about how to improve the lot of female journalists in the state who have once again, given me their mandate”.

Also speaking in reaction to the alleged plot to sell the secretariat, and a report in an Owerri based newspaper calling his arrest, chairman of the caretaker committee of Imo NUJ, Comrade Precious Nwadike said, “there is no hiding place for vandals and fraudsters. I have read the report of how the national president of the Nigeria Union of Journalists, Chris Isiguzo called for my arrest, as published in the Star Post Newspaper. The fact that it was only the Star Post Newspaper that published the report shows that the conspirators are doing everything they can to frustrate the ongoing probe. The said Star Post Newspaper could not renew the rent of its office and was operating from the Port Harcourt road Imo NUJ secretariat until my emergence as chairman.

It will therefore not be out of place that the Editor, Ifeanyi Nwanguma will take it personal, not forgetting that it was a collective decision of the union to ensure that the secretariat is no longer used as a brothel by past leaders and their cronies. I have always known that the forces of darkness who are not comfortable with the transformation agenda will rise against members of the committee. I however urge the public to ignore and disregard their antics and shenanigans”.

He vowed that no amount of intimidation, blackmail and propaganda will stop the union from recovering all assets and properties of the union. “We have mandated our lawyer to take a closer look at the libelous publication and take necessary action”.

Meanwhile, the Comrade Precious Nwadike led caretaker committee of the Nigeria Union of Journalists, Imo State Council in its determination to ensure that justice is done as regards the vandalization and alleged sale of the Imo NUJ secretariat along Port Harcourt road, Owerri in a letter written by their lawyer, N.O Chukwuezi and Company of No. 100 Okgiwe road, dated 27th May 2021 and addressed to the Commissioner of Police, Imo State Police command headquarters, Owerri, with the caption, “The vandalization, destruction, and stealing of property belonging to Nigeria Union of Journalists (NUJ), Imo State by Messers Innocent Igwe, Chris Akaraonye and Francis Ebonugwu”, reads in part, “our instruction shows that Chief Innocent lgwe, and Mssrs Chris Akaraonye and Francis Ebonugwu were Chairmen of the Caretaker Committee of Nigeria Union of Journalists, Imo ‘ State Chapter between 2018 and 2019.

Our further instruction shows that within the period in question, the three men above-mentioned illegally disposed of and vandalized NUJ, Imo State Secretariat at No. 14 Commissioners Quarters, Opposite Owerri Hotel Plaza, Port Harcourt Road Owerri. They removed the roof of the building and carted away all the equipment therein including doors, windows, fans, chairs etc. NUJ Imo State Secretariat used to be a very busy place and was yielding income to the union on weekly basis before the three men – Chief Innocent lgwe, Mr. Chris Akaraonye and Mr. Francis Ebonugwu -reduced it to ruins. Today, that secretariat is only a shadow of itself.

All efforts made by our clients to reach out to the National President of Nigeria Union of Journalists, Mr. Chris Isiguzo, on this issue yielded no fruit since the National Chairman himself appears to have been a partaker in the sharing of the proceeds of the illegal transaction.

We write Sir, to bring this ugly development to your notice and to urge you to use your good offices to investigate this. Where they are found culpable, the three men must be subjected to the laws of the land as nobody is above the law. It will amount to laying a bad precedent for them to vandalize public property like the NUJ, Imo State Secretariat and get away with it. We have no doubt in our mind with regards to your capacity to do justice in this case.

Attached are copies of photographs showing the huge damage done to the Secretariat by these people”.

Posted by Watchdog Newspaper - February 10, 2022 0
Despite of attempts by some disgruntled persons to appropriate and sell the official secretariat of the Nigeria Union of Journalists… 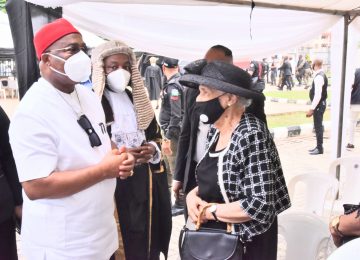 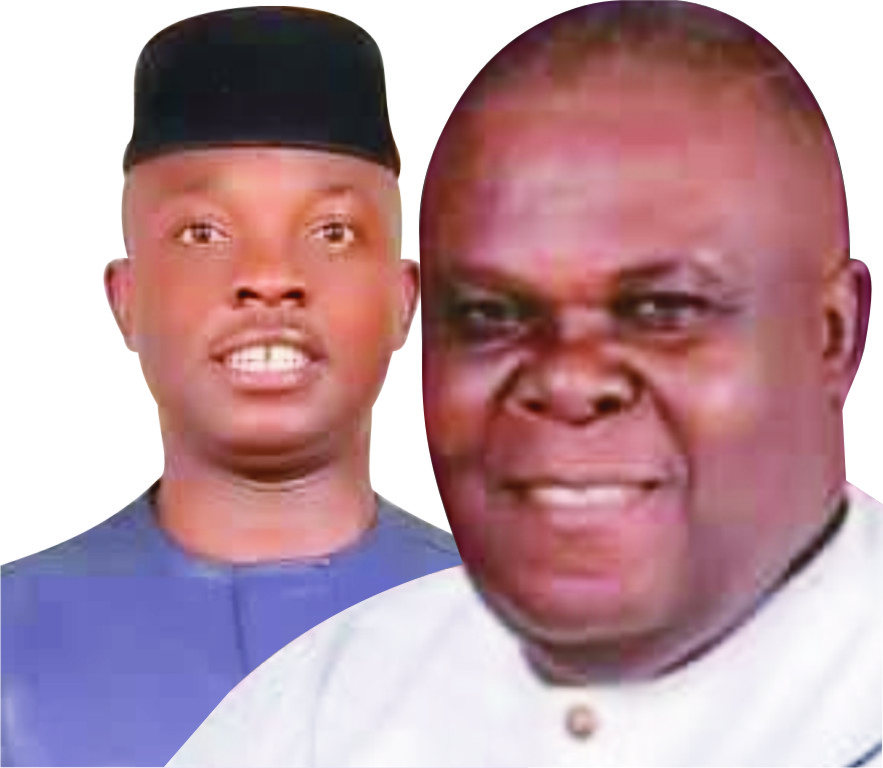 Sealing Of My Property By ENTRACO, Unlawful -OZB