The Caretaker Committee, Imo State chapter of the Nigeria Union of Journalists rising from an emergency meeting held at the union’s secretariat on Saturday July 17 resolved to set up a three man-committee to investigate and unravel the circumstances surrounding the sudden disappearance of one Sunny Uma Anderson, a staff of the Reach FM radio Station who was out of circulation for 9 days but is reported to have re-gained freedom at the time of this report.

Uma was reported missing by his family and at his duty post at the radio station where he works as a Presenter.

The release which was signed by the Union’s secretary  Comrade Austin Okoro, includee  terms of reference of handed over to 3-man committee which has 7 days ahead of the state congress scheduled for the latter part of this month to submit its report.

Others are,”The committee is to meet with the victim who we heard his phone is still in the custody of his captors.

Interface with the Imo state Commissioner of police to confirm the report that he was eventually found at a unit in the State Command.

Confirm the offence for which he was arrested/abducted (that is, if truly he was in Police custody)”.

Members of the committee are; Comrade Aku Obidnma as chairman, Comrade Stephanie Michaels and Chinonso Uba (Nonsokwo) as members.

Posted by Watchdog Newspaper - September 1, 2022 0
v As IIRS, IMSSA, others unleash havoc “Business owners in Imo State have cried out over the havoc being unleashed on…

Posted by Watchdog Newspaper - August 13, 2019 0
The immediate past Senator representing Imo East in the 8thNational Assembly, and governorship aspirant under the platform of Peoples Democratic… 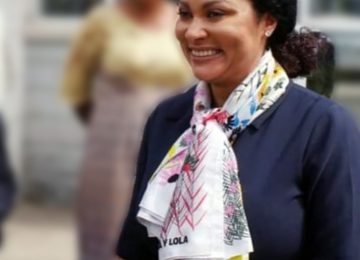 Posted by Watchdog Newspaper - March 30, 2022 0
The commissioner for Finance and Coordinating Economy in Imo State, Dr Doris Anite has promised that with the reforms put…