The family of late Chief (Dr) Josiah Odunna who was laid to rest on June 18, 2021, has expressed gratitude to the Imo State Chapter of the People’s Democratic Party (PDP) and more especially, the Owerri Municipal Council PDP leaders and members for their support and solidarity during their late father’s burial.

Addressing leaders and stakeholders of PDP in Owerri Municipal Council during their meeting recently, one of the daughters of late Chief Sir Odunna, Hon. Mrs Ijeoma Unanka (Nne Odunna), disclosed that she came to thank all the party leaders, stakeholders and members from Owerri Municipal where their late father belonged for their unflinching support during his funeral, stressing that the party contributed immensely to the success of the burial.

Speaking further, Hon. Ijeoma remarked that her late father achieved a whole as politician starting from the time of NRC, USCP, once National Secretary of APP and then PDP as a member of Elders Forum of the party. She also stated that her late father was always in the deciding body of any political movement in the country all through his time,maintaining that there is no way his father’s name will not be mentioned in the political landscape of Nigeria.

Hon. Ijeoma also reiterated that her late father always made sure that she was among her peers politically and also taught her never to back down. To always look ahead and be upright and steadfast and as well keep her hands clean in whatever she does.

She pledged to keep her late father’s vision and dreams alive in any way she can.

She called on Leaders and stakeholders of Imo PDP to ensure that her late father’s legacy lives on in the party.She promised, on behalf of her family and siblings to see a way their late father could be immortalized in order to keep his memories alive, that late Chief Odunna is not somebody that should be forgotten easily, adding that he was kind to everyone who encountered him while he was alive.

She also stated that her late father came, saw and conquered before his demise.She wished that her father had lived more on earth while calling on the public to emulate his late father who she described as a dogged man who spoke the truth regardless of the outcome. 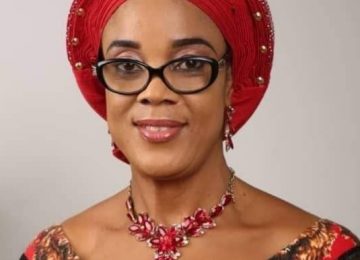 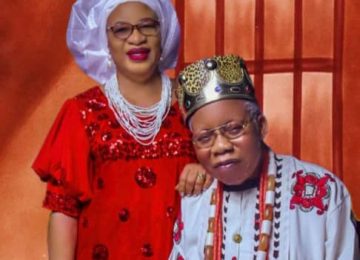