An advocacy group in Imo state under the aegis of Concerned Citizens for Good Government Initiative (CCGI) has lambasted a frontline politician and businessman in the state, Mr Mike Ikokwu over his recent unsalutory statement where he allegedly accused the media in the state of inflaming the continued spate of insecurity contrary to the earlier truce observed by the governor ,Senator Hope Uzodnma that most of acts of insecurity in the state are caused or instigated by politicians.

In a statement issued in Owerri on Wednesday August 18, endorsed by coordinator of the group, Comrade Duru Daniel, they observed that the deceit is enough indication that as a frontline Good Governance advocacy group, both here in Imo State and the country in general, the attention of the concerned citizens for good governance initiative has been drawn to an annoying and utterly deceitful statement issued over the weekend, as was published by one of the state based newspapers(Eastern Lead Express newspaper), aimed at misleading not just the masses, but the State government, who is already wobbling and grappling to fix the ailing economy of the state, amidst other maladministration induced challenges.

An insight and through investigation by security agencies has unveiled that most of the nefarious acts of murder, kidnapping and arson have known and unknown politicians behind them. What is the role of the media in crime commission?

Most of the violent crimes especially arsons and shootings always can be traced to trained, armed and hired thugs of the politicians who are dumped with out means of livehood by their principals after elections and make effective use of weapons supplied to them by politicians.

In their reaction to the obnoxious statement to some publishers not regular on the news-stands and commissioner for Information who went to  him at his new radio station-Boss, the group raised a number of questions also urged the radio chief executive to elucidate his claims and allegations as security is every citizen’s concern and duty.

According to the newspaper publication of Friday, August 13th, 2021, the General Manager of a newly established radio station, Boss Fm 98.9, was quoted to have attributed the ailing Imo State economy to negative reportage.

“Asked how is that?

Which negative reportage? adding that rather than advise the State Government on how to administratively step up her game, and show commitment towards giving the people the desired good governance, the General Manager of Boss Fm is busy making such a disturbing comment, which clearly appears like that of one out to sing the praises of the government, and deceive the state government into believing it was no fault of hers that the economy of the state has continued to nosedive under her watch with no hopeful remedy in sight.

Honestly, this is unfortunate!

But truth must be told that those who fail to tell the government the truth are the real enemies of the people, and must be rejected by the people.

While we condemn in it’s entirety this misleading statement, we want to once again appeal to the State government to listen to Imo people and see how to meet up with their needs and yawning.

Similarly, Imo people must not take such statement seriously, as they are actually targeted at deceiving the masses, as well as the Government. Enough of this sycophancy and praise singing.

Imo belongs to all of us!

Good governance is all we want”. 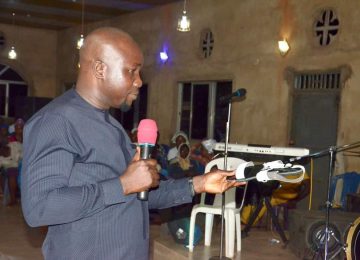 Posted by Watchdog Newspaper - August 9, 2022 0
·     Sequel to the series of outrageous and bogus demand notices issued to Nigeria Watchdog newspaper by the Ifeanyi…

Posted by Watchdog Newspaper - March 26, 2021 0
Valentino Da Vinci Nig Ltd, the company that was awarded the contract for the construction and management of Orie Okporo…