Non-teaching workers of the Federal University of Technology Owerri (FUTO) yesterday resolved to join the  planned nationwide strike over the sharing formula of the just approved N22.127 billion for payment of earned allowances for university workers.

Chairman of the Joint Action Committee (JAC) of the Senior Staff Association of Nigerian Universities (SSANU) and Non-academic Staff Union of Education and Associated Institutions (NASU), Federal University of Technology Owerri (FUTO), Comrade Uchenna Nwokeji, made this known while responding to questions from journalists in Owerri, the Imo State capital.

It was learnt that out of the approved N22.127 billion, the Academic Staff Union of Universities (ASUU) was allocated 75 per cent, leaving SSANU, NASU and NAAT with the remaining 25 per cent.

According to Comrade Nwokeji, “We in FUTO are fully in support of the decision taken by our national body to reject the lopsided, skewed and unrealistic disbursement being done to our members who are not only more in number but belonging to three different unions in the universities across Nigeria”.
He said apart from the planned nationwide strike, all was not well in FUTO before now.
“They should know that all is not well in FUTO. We in FUTO have unresolved issues but, we want peace to reign once and for all. If the federal government believes it can play with our welfare, this time around, if we see anybody at work, there will be no mercy”.
He warned that no office in FUTO will open immediately the strike commences at the expiration of the two-week ultimatum to redress what Nwokeji called the injustice meted out to the university workers.

Nwokeji recalled with dismay that in the last N40 billion the government released for earned allowances to the four university-based unions in 2021, ASUU was allocated same percentage, thereby leading to a crisis in the university system.

He listed some of the contentious issues to include: payment of minimum wage consequential adjustment arrears, alleged inconsistencies in IPPIS payment, payment of hazard responsibility allowance to deserving members and the earned allowances.
“What the federal government is doing is contrary to the content of the Memorandum of Action of February 25, 2021 and the decision reached at the subsequent meeting of August 26, 2021. The information at our disposal indicates that the Federal Government has agreed to release another tranche of N22.127 billion for the payment of earned allowances to the universities and inter-university centre workers at the ratio 75:25 per cent”, Nwokeji said.

The FUTO JAC chairman insisted that the only thing that could stop the university from being shut down would be immediate reversal of the sharing formula by the federal government to avert an industrial dispute in the university system. 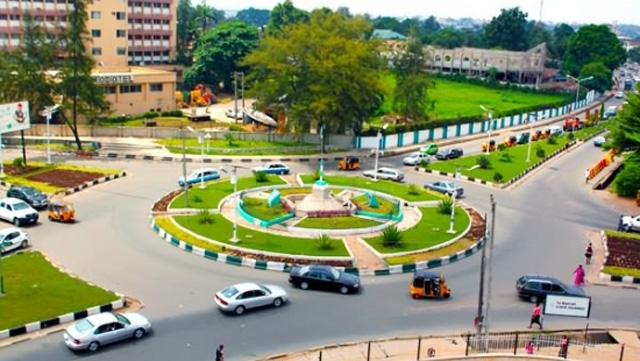 Posted by Watchdog Newspaper - July 24, 2020 0
There has been persistent public outcry by traders, business owners and residents of Owerri, over extortion, harassment and terror unleashed…