The major contractor handling all the renovations and erection of new buildings at the Imo state government house, Owerri, Benedict Nwokejiobi has been accused of taking undue advantage of his closeness with the governor to harass, intimidate and blackmail some government appointees for selfish interests.

A government house source who pleaded anonymity said Nwokejiobi has the governor’s ears and the latter not only listens to him more than anybody else but also does his bidding even when there is need to be cautions, investigate and ask questions.

Watchdog investigation revealed that Nwokejiobi worked as an aide of former governor of Abia state, Senator T.A Orji. There are also speculations that he was one of those who constructed most of the roads in Abia state that are subjects of criticism because of their shoddy and poor quality for which T.A Orji is still rated as one of the worst governors that has presided over the affairs of the state, many years after he left office.

It was also gathered that the Eziama Obire, Nkwerre  born contractor  who many appointees  describe as a braggard and name dropper who often boasts that Uzodinma  worked closely with him when he was selling cars at Aba long before the governor came to limelight.

Our source further stated that, “the recent altercation that spilled the beans was occasioned by the contractor’s alleged audacity to ask Chief Maduka one of the governor’s loyalists and Doris Anyanwu, S.A on NEPAD to walk out of government house over a misunderstanding they had.

Prior to that, he was also quoted to have said, “I facilitated the appointment of  the Chief of Staff, Nnamdi Anyechie, the former Commissioner for  Transport Rex Anunobi (Sokom) among others. When Sokom misbehaved, I told the governor to sack him and he did without delay.”

“I am also responsible for the continued stay of the local government Transition Committee Chairmen in office. Any time I want them to be relieved of their appointments, I will tell the governor. He will dissolve and sack them the next minute. For now, there is no need for their dissolution because they have performed creditably. Anytime I want them sacked, I will tell the governor and it will be done. Besides, Gov Uzodinma wants to save cost”.

Another top government house source who also pleaded anonymity said, “The way and manner Nwokejiobi who has become a thorn on the flesh of government appointees conducts himself tends to give the impression that he is not just a contractor but the defecto deputy governor of the state. Those who seek government favour or patronage most times go through him to succeed.”

“It is also alleged that he is presently at war with the Governor’s Principal Secretary for the latter’s refusal to always grant or approve his requests without asking necessary questions”.
One of the APC stalwarts who also spoke with this reporter expressed surprise that the said contractor fails to realize that the government house is a public place, not his house as such, he must stop harrassing those who come to see the governor.He advised Uzodinma to to caution Nwokejiobi before he pitches the people against him.

When contacted, one of Nwokedi’s alleged victims, Doris Anyanwu denied ever being harrased by Nwokejiobi but acknowledged that she knows the said contractor but has never had any form of confrontation with him before.

Effort to reach Chief Maduka for reaction proved abortive as his phone number was switched off.

Similarly, Mr Nwokejiobi when called did not take calls put across to him for his response  on the allegations.

Posted by Watchdog Newspaper - August 18, 2020 0
Tsunamic and earth breaking joy from the people  characterized the second day of events in commemoration of the 2020 birthday… 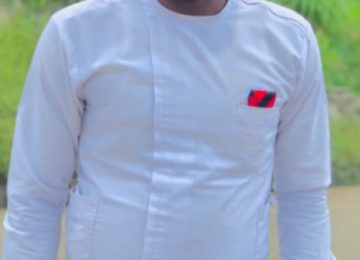 Posted by Watchdog Newspaper - December 9, 2022 0
The Board of Trustees (BOTs) of Orluzurumee Youth Assembly at its last meeting held on October, 30, 2022 in line…

Posted by Watchdog Newspaper - March 21, 2019 0
As the 8th Imo House of Assembly winds up, several lawmakers, especially among the three ranking and returning members from…