The youth wing of Ohaneze Ndigbo worldwide has accused the leaders of the socio- cultural organization and some Igbo politicians led by the South East governors of not being serious about tacking the problems of the South East which includes poverty, hunger, youth unemployment and maximum insecurity, as the elders could call for all stakeholders meeting neglecting the Igbo youths.

In a quick reaction to a communiqué issued at the end of a recent stakeholders meeting of south east leaders involving, the south east governors led by Governor Dave Umah, select political leaders, the clergy and some select traditional rulers to the utter exclusion of the youths whose future and wellbeing is at stake confirms that the stakeholders are not ready to solve the lingering security  problems.

In a statement issued on Tuesday October 5, by the National Publicity Secretary of the youth Council, Mazi Chika Adiele and made available to the media, the youths observed that the exclusion of youths in such meeting would yield no meaningful results and made suggestions to proffer solutions.

Part of their reaction reads as follows,

1.   “That the convocation of this all important meeting without any invitation extended to the youth Constituency in the Southeast is a clear indication that Southeast leaders have continued to hold the youths in inexplicable disdain.

2.   That the current security situation in the Southeast is as a result of the perennial disregard and neglect of Igbo youths by the leadership class, and the decision to convene such a meeting without any invitation extended to the youths or any reasonable youth group in the Southeast is a clear indication that these leaders are not sincere about solving the problem of the Southeast.

3.   That the problem of the Southeast cannot be solved without the youths being integral to discussions, plans and processes leading to such solutions.

4.   That the taking off of the Ebubeagu Security outfit is long overdue, but we wish to warn that this outfit cannot take off without the youths driving it from the formative stages. We therefore demand that the existing Committee charged with the responsibility of ensuring the takeoff of the Regional Security outfit be expanded to ensure adequate representation of youths on the committee.

5.   That should the Southeast leaders continue to relegate us in the affairs of the region, we shall have no other option but to resort to our own ideas in solving the problems of our region. 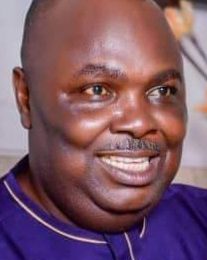