Orlu Political Frontiers OPF, a political action group of the 12 local government areas of Orlu zone has taken a swipe at those they referred to as charlatans, delinquents and social misfits who delight in distracting their worthy and illustrious son, Comrade Precious Nwadike, warning them to desist forthwith or incur their wrath.

The group stated this in a release they  issued yesterday in reaction to an online publication where one Ifeanyi Nwangwuma, a staff of Star Post Newspaper described Comrade Precious Nwadike , Chairman Caretaker Committee, Imo State Council of the Nigeria Union of journalists  as a psychiatric patient.

The group, in a release signed by its National President, Nze Onyemaobi Amajuoyi said, “considering Ifeanyi Nwanguma’s questionable antecedents, we would not have bothered to respond to the gibberish in his post, but to put the facts straight and avoid allowing fifth columnists to dent the hard earned reputation of our worthy son, Precious Nwadike we are compelled to make few remarks.”

They wondered why Ifeanyi Nwanguma who has till date not explained to his family and kinsmen why he was vehemently opposed to autopsy being carried out on his parents who both died on the same day and were buried same day, despite speculations and insinuations that they died in questionable circumstances.

“Ifeanyi Nwanguma should not be taken serious by anybody worth his onion until he explains to his family and kinsmen what actually led to the death of his parents and why he refused that autopsy be carried out on them to ascertain the cause of death, contrary to the collective wish of other members of the family and their kinsmen, who felt otherwise for obvious reasons.”

The release further averred that, “as often said, birds of a feather  flock together, it is also important that Chika Uju who is alleged to be one of the major patronizers of the Imo NUJ Secretariat that was converted to a brothel should also explain to Imo people what actually transpired when she visited her daughter and her son-in-law in Lagos that culminated in the fracas in the latter’s home and marriage.

According to the group, “if Chika Uju fails to retrace her steps and desist from attacking Precious Nwadike under any guise, we will have no option than to give graphic details of her alleged escapades. A word is enough for the wise.”

“The reason for the unwarranted attacks on Comrade Precious Nwadike is understable. It is obvious that Ifeanyi Nwanguma, Chika Uju and their cohorts are still aggrieved that the brothel where they allegedly hibernated was shut down by the Precious Nwadike-led exco of Imo NUJ which has embarked on the renovation, transformation and sanitization of the union and its secretariat.”

“It is an incontrovertible fact that Precious Nwadike whose leadership qualities became glaring at a very early age is an asset to the entire Orlu zone, hence he was unanimously endorsed for Senate in 2019. He is also an uncompromising activist and social crusader who is passionate about engendering positive change whenever and where ever the need arises. That is why Imo NUJ has become more vibrant and assertive and the state secretariat wearing a new look.”

They maintained that contrary to ill informed reports that Nwadike  hails from Umuowa, Orlu, “the irrepressible journalist and Newspaper Publisher hails from Umudiatu, Orlu.”

“Like the proverbial gold fish that has no hiding place, Precious Nwadike’s impeccable character, integrity and leadership acumen have always distinguished him from the crowd.”

‘It is also no longer news that when he contested for the Imo West Senatorial seat in 2019, most of the youths he assisted to travel abroad were among those who sponsored his campaign.”

The group finally warned that any further attempt to malign, and insult Comrade Precious Nwadike or smear his image by the charlatan called Ifeanyi Nwanguma and his cohorts “we will not hesitate to unveil the true story of the death of Nwanguma’s parents and more.”

They commended the Nwadike led exco of Imo NUJ for transforming, repositioning and restoring the Imo state council of the Nigeria Union of Journalists on the path of growth, sanity and professional excellence, stressing that Imo NUJ has become more assertive and assumed its constitutional role as the watchdog of the society despite daunting challenges. 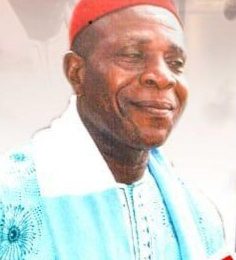 Why Okorocha Must Be Schooled On Rule Of Law, Due Process At NASS, Says Mayor Eze-Speaks On Purchase of Vehicles For Council Chairmen