The Joint Action committee of the Unions comprising Senior Staff Unuon of Nigeria universities and  the Non Academic Union  staff Union have  began a 3- Day waring action as directed by the national leadership of body over the reneging of the agreement federal government on the payment of earned allowance of members of the union.

This as members of the union who assembled at the Senate building of  the University displayed placards with different inscriptions condemning the situation as they chant solidarity songs.

Addressing members of the Union on Thursday , Chairman of Uchenna Nwokoji said that national leadership of Joint Action Committee has ordered this warning strike over the breach of the agreement between the Unions and the federal government.

” This action is directed by the NationalLeadership of the Joint Action committee of the Unions and we are asking the federal government to honour its agreement as contained in the memoranda of action on earned allowances of members of the unions . But when the money was released the Unions were given only 25 percent while members of ASUU were given 75 percent thereby short changing our nembers.We are not against ASUU but we should not be shortchanged.

He said insisted that if they do not get their Money that they will ground the Universities.

” we must be paid our earned allowances which has remained unpaid since 2009 and even when the  federal government has approved about N200 billion and now we are been allocated only 25 percent and we will not accept that .If we don’t get our money we will ground the universities because without non academic staff the enviroment will not be conducive for teaching and learning .”

Also, the immediate past Chairman ,Joe K Okere said that a child that has sworn that the  mother would not sleep either and advised the federal government to honoured the agreement.

He also advised members of the Union to support the efforts of the leaders both at the branch and the National for them to continue fight for rights. 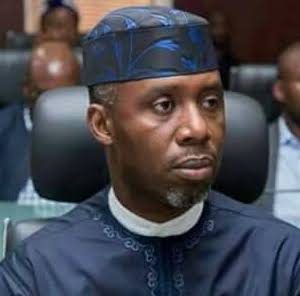