The  Heavenly Believers International Network (HELBEN) recently held her annual Christian convention in Owerri with the theme “ Raising the giants in you” during which they harped on the need for Christians to embrace politics and expanded on the topic, “Democratic Governance Leadership and Party Politics, impact and roles of Christians in berthing the Imo of our collective dream.

An award winner and guest speaker at the convention, Deacon Chinenye Ezimoha popularly known as Poly Samez in his fire brands lecture that turned to spark light and added fuel to a hitherto warning fire that inflamed the hearts of delegates.

He enjoined Christian believers to do away with the erroneous belief that Politics is only for “the worldly and the unsaved”.

“There is this erroneous belief amongst believers that – the political is strewn with evil in its entirety and for this purpose believers shouldn’t participate in politics. There in, then lies the problem, if Godly men withdraw from participatory politics, how are we going to change the trajectory of the society?”, he asked the audience.

“There are instances in the Bible where God fearing men took responsibility to change the course of the spiraling societies. Solomon was a godly King who walked according to God’s precepts, David the Bible posits was a man after God’s own heart. Joseph was the Prime minister of Egypt, he came to power because of his God given virtues that spurred him to righteousness and glory. It was his gift at the time that saved the world from impending hunger that would have killed millions. These men didn’t abdicate their responsibilities and roles, hoping that someone else would do it. They saved their generation. David, a ruddy little boy, was miffed that Goliath had the army of Israel quacking in the booths.  He later became King because he knew his role”.

PolySamez  dwelt on the issue of party politics in his exposé. His presentation centred on the need for Christian believers to maximise their numerical strength by joining political parties – and from there effect changes from within.

“Believers should make it a duty to register in political parties like APGA – and become active members. In so doing they will be able to elect people of their kind that fear God during Party primaries and congresses. I just imagine a situation whereby these Christians are actively involved in party politics”, he stated.

The convention culminated in the award presented to Deacon PolySamez for his meritorious service to humanity. Deacon Ezumoha dedicated the award to the downtrodden in the society and promised never to relent in his pursuit of good governance and development for the people. 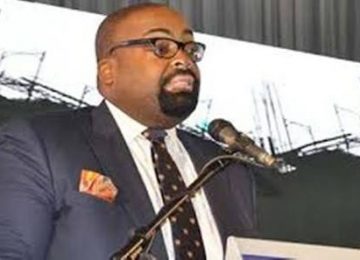