Barr Ifeanyi Olumba, a legal luminary who does not shy away from commenting on contemporary issues has expressed disappointment at the questionable silence of Imo leaders at all levels who have kept, quiet pretending not to be aware of the humiliation, harassment, emotional, psychological and physical torture unleashed on Imo people by military personnel at check points along the Owerri- Orlu road on daily basis.

He wondered the rationale behind the insistence of soldiers at check points along the road that commuters including “heavily pregnant women, nursing mothers, ill and frail looking old men and women should disembark from the vehicles conveying them and raise their hands as if they are prisoners of war.”

He expressed dismay at the questionable silence of the government and leaders in the state especially those from Orlu zone who have refused to raise eye brow or speak out against the embarrassment of law abiding people by military personnel who have obviously gone beyond their bounds, contrary to their rules of engagement.”

It would be recalled that there have been several incidents of arson, killing and maiming by soldiers who have at the least provocation embarked on the burning of houses and killing of youths of communities in Orlu zone including Izombe, in Oguat LGA, Orlu in Orlu local government area, Awo Omamma in Oru East LGA, among others.

Some concerned Imolites who frowned at the development wondered why soldiers have not at any  time embarked on such reprisal attacks in any community in the Northern region despite several cases of mass abduction, killing and even attacks on elite institutions  like the Nigeria Defence Academy.

They also recalled that a serving general of the Nigeria army was recently killed by unknown gunmen,yet no house was vandalized or set ablaze in the neighbourhood. 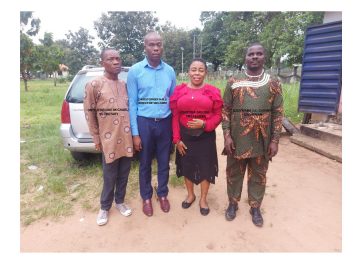