… Restrains IGP, others from arresting, prosecuting him on same allegations
Having earlier failed in their plot to detain him indefinitely, Mr. Paschal Obi, Speaker Femi. Gbajabiamila and other collaborators were yesterday in court humiliated again by the opposition spokesman, Ikenga Imo Ugochinyere.

This followed the ruling of an FCT High Court sitting in Abuja and presided over by Justice  Mohammed, which on Monday granted the application for a judicial review filed by the Spokesperson of the Coalition of United Political Parties (CUPP), Ikenga Imo Ugochinyere to restrain the Wuse Chief Magistrate from going ahead with the trial of a case of criminal defamation brought against him by the Inspector General of Police on the instigation of Mr. Paschal Obi in concert with the Speaker of the House of Representatives, Hon Femi Gbajabiamila and the Clerk of the National Assembly.

It would be recalled that on 22nd June 2020, the CUPP Spokesperson was arraigned before the Wuse Zone 2 Chief Magistrate Court in Charge No. CR/12/2020 on allegations of criminal defamation following the report of the Speaker and the Clerk of the H just to silence the opposition spokesperson.
By this ruling of the FCT High Court, the charges have been quashed and the trial terminated as the High court has held that the Chief Magistrate acted Mala fidei, without jurisdiction beyond her jurisdiction.

The Court also directed the defendants, whether by themselves or acting jointly or through their agents, prohibiting them from further conducting any hearing or proceedings against the Claimant/Applicant in the matter of Commissioner of Police v. Ikeagwuonu Imo Ugochinyere – Charge No:CR/12/2020 before the Chief Magistrate’s Court, Wuse Zone 2, Abuja or on any facts constituting the same subject matter as the case or charge.

By this Order of Court, the Inspector General of Police and other security agencies are effectively restrained from arresting or prosecuting Ikenga Imo Ugochinyere on the set of facts which comprised the allegation brought against him by Speaker Femi Gbajabiamila, Paschal Obi and their allies.

In his reaction after the judicial victory, the CUPP Spokesperson thanked God for the grace to survive the onslaught against him and also praised the judge for acts of rare courage in delivering such judgment in a regime that stops at nothing to intimidate and emasculate the judiciary.

“It must have been to ensure that the judiciary does not protect the legitimate voices of the opposition like it has done today that this regime has been unrelenting in actions that seek to intimidate and emasculate the judiciary. Today, Mr Paschal Obi, Speaker Gbajabiamila and other accomplices have left the Court with bloodied noses. They had erroneously believed that their mission to brow-beat and do anything they wished with the judiciary had been accomplished.”

Speaking further, he thanked his colleagues in the CUPP, the  people of Ideato Federal Constituency and all Nigerians urging them to keep faith with the Nigerian opposition so that they can have an opportunity to reclaim and rescue Nigeria in the 2023 general election. 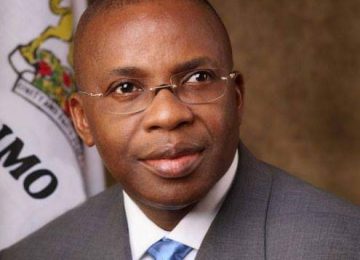