The purported impeachment of the Deputy Speaker and member representing Nwangele State Constituency in the Imo state house of assembly, Rt.Hon Amara Chyna Iwuanyanwu which has raised many unanswered questions has been condemned in its entirety by political pundits, human rights activities and concerned Imolites, including a former legislative aide and social crusader, Comrade Samuelson Iwuoha, the former publicity secretary of People Democratic Party PDP, Ogubundu Nwadike, among others who described it as a plot hatched to undo Governor Uzodinma by the opposition in connivance with the Speaker Paul Emeziem and some disgruntled and aggrieved members of the part in the Imo state house of assembly.

Iwuoha, in a release dated November 2,2021 accused the Speaker of being a willing tool in the hands of those who are not comfortable with the way Governor Uzodinma has consolidated his hold on the party’s structure through the recently concluded state, local government and ward congresses of the party.

Iwuoha, who at different times was a Senior Special Assistant (Media) and later Senior Special Assistant (Special Duties) at the Imo state house of assembly alleged that, “the purported impeachment of the Deputy Speaker, Amara Chyna Iwuanyanwu was mischievously and poorly executed by the Speaker, Paul Emeziem who did not follow laid down legislative procedure and processes in carrying out  the kangaroo assignment that was handed to him by enemies and opposition political agitators who have been fruitlessly and clandestinely plotting to make Imo state ungovernable. The ultimate aim of the ongoing war is to remove Senator Uzodinma as Governor of Imo state.  Unfortunately as governor Emeziem, made himself a willing tool in the hands of the enemies of the state while pretending to be Governor Uzodinma’s faithful and loyal disciple”.

Iwuoha, attributed the concluded  ward, local government and state congress  of the Imo  apc  was  one of the determinant  factors that exposed Speaker Paul Emeziem’s treachery against the system that  graciously produced him as speaker of IMHA.

Also writing in the same line of thought, Hon Ogubundu, revealed that  meetings were  held in Lagos and Abuja, with Paul Emeziem in attendance,   for the destabilization of the state, through the impeachment of Governor Hope Uzodinma, but first, with the removal of Rt Honourable Amarachi Chyna Iwuanyanwu as Deputy Speaker of IMHA, to clear the way, adding that  funds were pulled together Handed Over to Paul Emeziem.

Continuing, he said,”upon his return from Abuja and Lagos, Speaker Paul Emeziem clandestinely held meetings with some of his colleagues, mostly of the PDP, who had   been  briefed earlier  by their party leaders. Thereafter, the plot to put Amarachi Chyna Iwuanyanwu out of the way was Hatched. Before Plenary was convened, announcements were  sponsored  on  Radio, TV and in Newspapers that decision would be taken on the six  suspended lawmakers on Tuesday 02/11/2021.  When the house reconvened, the six suspended lawmakers were recalled, which is a commendable feat.

However, the member representing Orsu State Constituency, Acting  out a script,  presented  a purported resolution claiming that 18 lawmakers signed.  He  did not state the reasons why the Deputy Speaker should be removed. The so-called  resolution was not put to test to verify its perceived Authenticity and Legislative Purity.. The speaker did not put the purported resolution to legislative vote in the plenary. In short, a so called resolution that was clandestinely hatched outside the legislative chamber was not tested by speaker Paul Emeziem on the floor of the house.

“This Therefore has rendered the purported resolution against the Deputy Speaker, Rt Honourable Amarachi Chyna Iwuanyanwu, null and void. Also, after the purported impeachment of the Deputy Speaker, a  supposed   replacement was  not done. This is another indication that the exercise was null and void. For sure, nature abhors  vacuum, so how  come there is perceived  “vacuum” in the clandestine plot.  This is another evidence that speaker Paul Emeziem has exposed his legislative inexperience.    Although, the purported resolution impeachment of Rt Honourable Amarachi Chyna Iwuanyanwu had been foiled, the public should know that the speaker provided the  platform, framework and Lacunae through which it was made possible, through his inexperience and incompetence in executing legislative duties”, Nwadike concluded.

Reacting  to the reports, the speaker through his Media aide, Collins Osuji described the allegations  as false.
The release which copy was made available to our reporter in Owerri yesterday,  stated that Iwuanyanwu was removed from office on Tuesday during plenary after Ekene Nnodimele, lawmaker representing Orsu state constituency, presented a petition which was signed by eighteen out of twenty seven house members to effect his impeachment.

In a statement said,”the Speaker as the chief servant of the House, as required by ethics and laws guiding the state Assembly, only made the pronouncement after acknowledging that the resolution recieved endorsement of the far majority of the House members”. 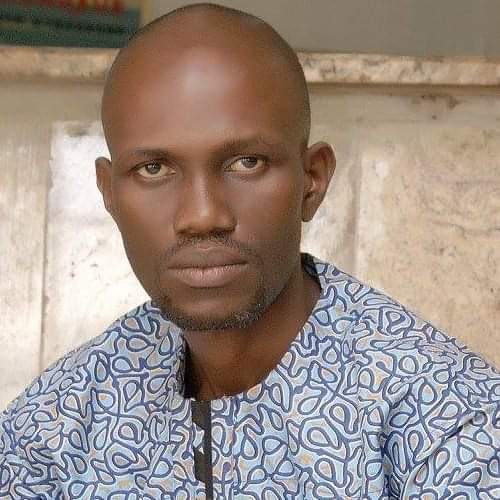 Posted by Watchdog Newspaper - May 20, 2020 0
The Igbo National Council (INC), has condemned in its entirety what it referred to as the exportation of Almagiris to…

Posted by Watchdog Newspaper - March 29, 2022 0
Following the revelation that some staff of the Imo Internal Revenue Service IIRS were sexually harassed and the disclosure that… 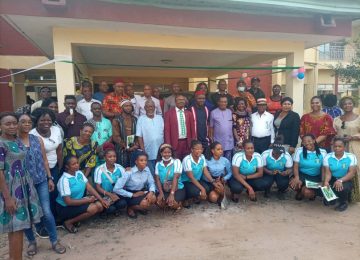 Posted by Watchdog Newspaper - December 21, 2021 0
·          ·        Why Okorocha should apologize to Imo Journalists-Nwadike The Press Week of the Nigeria Union of Journalists, Imo State Council…