The Umuaka Nsu, Ehime Mbano born political icon who is said to be one of the front liners in the race for the Okigwe South Federal Constituency seat on the platform of the PDP has always been vocal in his comments on contemporary issues without minding whose ox is gored.

It would be recalled that his kidnap which was condemned in different quarters by concerned Imolites across political divides drew the ire of Okigwe youths who in the Nigeria Watchdog Newspaper edition of January, 11, 2022 noted that the development has cast a serious dent on the state government which according to them has failed to live up to expectation as regards the protection of lives and property of the citizens which is the most cardinal responsibility of every responsible and responsive government.

An acclaimed youth leader in Okigwe zone, Comrade Kenkwo Kingsley Kesandu in an early interview with Nigeria Watchdog Newspaper  said, “this kind of development portrays the state and the government  in very bad light and impedes meaningful socio-economic development  no matter how we pretend or the propaganda machinery we deploy to cover up.

Government should therefore rise up to its responsibility because the trend is becoming very frightening and tongues are wagging in different quarters.”

It was however not ascertained if ransom was paid to secure the release of the former Speaker, PDP Stalwart and  political leader of Okigwe zone.

Suffering and smiling?Imopoly Management Goofs Again, Gets Knock From NBTE 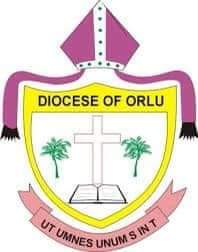