It is widely speculated that, if not the belief in several quarters that the Economic and Financial Crimes Commission EFCC is unfriendly to opposition leaders and reportedly witch hunts those perceived to be against the APC administration under the guise of fighting corruption, former governor of Imo State, Owelle Rochas Okoorcha would have dumped the party which he claims to have championed its entrenchment in the state for another.

An insider source who spoke on condition of anonymity disclosed that, Okorocha was quoted as saying that he has concluded plans to dump the APC for either the Peoples Democratic Party PDP or another party.The source hinted that   the governor is afraid  that if he hurriedly does so, the anti-graft agency would descend heavily on him at the instance of governor Hope Uzodinma who sees him as his major threat to re-election bid and  would see the move as an opportunity to facilitate their plan to undo and imprison him for some of the actions, programmes and polices of his Recuse Mission administration in the state.

According to the source, Okorocha who is presently representing Orlu Senatorial zone in the national assembly noted that if the state government and  the anti graft agency are dealing with him and members of his family ruthlessly now that he is still in the APC only God knows what would be their  fate when he   quits the party.

Okorocha is marking time and also strategizing on what to do and how best to do it with minimal damage to him, his political interests and those of his family members and acolytes.

It was also gathered that the former governor, despite fear of the consequences of his defection, is secretly hobnobbing with some opposition political parties and weighing the available options.

The source said, “Okorocha recently visited the National Chairman of PDP, Senator  Iyorchia Aju to seek soft landing but was disappointed. His host was said to have told him that he is not pleasantly disposed to ceding any position to him or any other person irrespective of status or position. He reportedly advised Okorocha to come in like any other person and work towards achieving his goal through the normal process.

Okorocha who from all indications appears to be very uncomfortable with the development is considering moving to another political party. While this is on, there are also speculations that Action Alliance AA, a political party he founded and sponsored alongside other leaders would also be an option.”

“While Owelle Okorocha is dilly dallying, some of his supporters and foot soldiers like Hon Pascal Obi, Kingsley Ononoju etc are said to be romancing with the PDP while also being mindful of the fact that the EFCC searchlight would beam on them.

However, in all these permutations, concerned Imolites are watching with keen interest to see how and where the pendulum would swing at last. 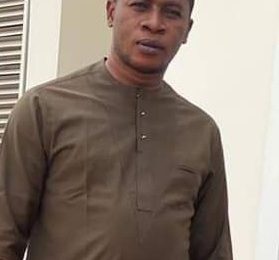