The former Chairman of Isu Local Government area of Imo State and APC House of Assembly aspirant during the 2019 election, Hon Uju Okoro has X-rayed the two years tenure of senator Hope Uzodinma.By his assessment, he scored the Imo governor very high in all areas of governance, judging from what Imo was before he took over as governor.

Uju while speaking with this reporter in Owerri, yesterday said that Imo state governor has done very well as regards restoring  lost glory of the State and dispensing  dividends of democracy to Imo people who have never had it so good  for a very long time.

According to him, Uzodinma has just in 2 years constructed and reconstructed many roads across the three senatorial zones, restored the hope of pensioners  through prompt payment of their monthly entilements, revived and re-positioned the Imo State Water Board and Adapalm that were moribund for many years, in addition to several youth empowerment programmes of his administration.

“The Governor should also be commended for relatively restoring peace to the State. Few months ago, nobody believed that Imolites would celebrate christmas without uprising considering the level of insecurity that ravaged  the State then, he added.

He noted that the governor kept to his promise when he assured Imo people to come  home enmasse for the christmas and New year celebrations by ensuring that Imolites enjoyed paceful, memorable and hitchfree christmas and yuletide celebrations with their loved ones.

“The governor in the estimation of honest, sincere and impartial Imolites has performed excellently in virtually all sectors including the recovery of looted government and individuals properties, the multi million naria Eastern Plam University now K.O. Mbadiwe University etc. No other person expect Governor Uzodinma would have had the courage to do all these. Yet the opposition party appears still blind to see all these achievements.They only dwell in sentiments and the pull him down syndrome.May happiness is that Imo people have seen, acknowledged all the landable  achievements of Uzodinma.

The seasoned politican further stated that the PDP and its agents of propaganda and misinformation are simply expressing their anger and disappointment about some people-oriented policies and programs of the Uzodinma administration.

It would be recalled that Hon Uju Okoro had before now, expressed dismay that the main opposition political party has not been fair, just and sincere in its assessment of the performance of the Governor Hope Uzodinma-led shared prosperity administration that has in his opinion, exhibited passion and commitment to the comprehensive development of the State and her people. 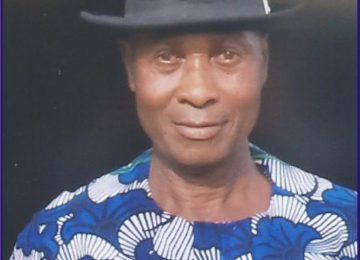