There are speculations that the wife of the  Ondo State governor, Chief Mrs Betty Akeredolu who has been very visible for quite some time now, is presently discussing  and hobnobbing with the All Progressive Grand Alliance APGA on which platform she is likely  to contest the 2023 senate as the case may be.

Grapevine source has it that Chief Mrs Akeredolu who is said to enjoy the enormous goodwill of the people of Owerri West L.G.A where she hails from  because of her accessibility and  disposition was reportedly eyeing the Owerri zone senatorial seat but is said to be building structures across the state, fueling  speculation that she may  contest the Imo State governorship seat under the platform of APGA.

The source disclosed that the Ondo first lady’s discussion with the leadership  of APGA in the state has reached advanced stage, hence she is said to have supported the party leadership,financially to enable them renew their office rent.

Betty Akeredolu who was recently conferred with the title of Ada Owerri zone by  the traditional rulers in the zone in recognition of her  commitment to the enhanced welfare and human capital development of the people is said to have institutionalized her pet program which dwells on cancer awareness in Imo State, organized several empowerment and skill acquisition programs.

“She has also recently embarked on massive rehabilitation of link roads in Owerri West LGA where she hails from.

When contacted the Senior Special Assistant to the Ondo State governor on Media, Rowland Onyewkwu said, “All these stories are still mere speculations as Her Excellency  is yet to make categorical statement. There is pressure on her from several quarters to contest the Imo East Senatorial Seat. I am however not aware of her speculated intention to contest the governorship election.

All I know is that different political parties who consider her an asset in terms of credibility and electoral value are making overtures to her. But she is being very careful and cautious .”

Orlu Youths To Okolie:You Can’t Bribe Your Way Back To Imo Assembly, Insist On Zoning Of Offices Between Isu, Orsu clans

Posted by Watchdog Newspaper - August 11, 2022 0
-Want him to justify 3 years in office Youth of Orlu Local Government Area under the auspices of Orlu For… 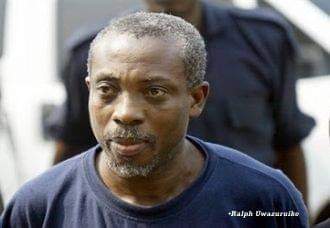 Posted by Watchdog Newspaper - May 3, 2022 0
The Leadership and members of the agitators for the Sovereign State of Biafra otherwise movement for the actualization of the…