A prominent leader in Orlu, who is also a stalwart of the All Progressive Congress, in Imo State, Prince Joseph  Okwara, popularly known as Akajiugo has taken a swipe at the former governor of Imo State, now Senator representing Imo West senatorial district, Owelle Rochas Okorocha for saying that Governor Hope Uzodinma is commissioning projects he initiated and executed.He described such claim by Okorocha as highly irrational and unbecoming of a former governor who should know that government is a continuum.

Akajiugo said the former governor should hide his face in shame while governor Uzodinma who is presently doing what he, Okorocha failed to do while in office, should be commended.

According to him, “Uzodinma means well for Imo people and is passionate about taking the State to the next level. That is why he decided to complete and commission most of the projects Okorocha initiated and abandoned. If Okorocha had completed and commissioned the projects initiated by former governors Ikedi Ohakim and Chief Achike Udenwa, Imo State would not have been in such a sorry state”.

He cited the World Bank road which was constructed by Udenwa which failed after sometime “But Okorocha neither added any value nor took a second look at any of the uncompleted or dilapidated projects initiated by any of his predecessors”.

Akajiugo who was among the major funders of  Okorocha’s campaign in 2011, said the latter disappointed them when he decided to use his surrogates to execute projects in state at the expense of competence and expertise.

He noted that the Uzodinma administration is the only government that has dispassionately continued with the projects abandoned   or were not completed by the previous administration unlike others who prevaricate, or try to score cheap political points with such issues at the expense of the people and their interests.

He averred that virtually all the white elephant projects initiated  by Okorocha, including the 27 General hospitals, 305 classroom blocks in each of the electoral wards in the state, etc were funded with the resources of the state and will not be allowed to rot by any responsible and responsive government, hence governor Uzodinma is doing  the needful.

“Governor Uzodinma has shown good faith by his unlenting resolve to fix Imo State, more importantly as he is using reputable companies with verifiable track records of quality service delivery to construct roads in the state. A visit to Orlu, Okigwe, among other places will convince even the most avowed pessimist that Uzodinma is passionate about constructing quality roads that will stand the test of time”.

“Okorocha, no doubt opened up roads that enhanced flow of traffic but most of them were death traps as they were supervised and constructed by unqualified and inexperienced contractors. If Governor Uzodinma does not complete all these roads initiated and abandoned by Okorocha, the state will continue to be in a mess.

The renowned philanthropist and political juggernaut recalled how Okorocha constructed two flyovers that were not used for one day, because of fear associated with their poor quality, stressing that, “if Governor Uzodinma decides to demolish part of the flyovers and engage seasoned professionals to rebuild them, Okorocha will, as usual shout that Uzodinma is claiming his projects. What the former governor fails to realize is that, in most cases, it is cheaper and more cost effective to deploy resources, in engaging experienced and seasoned professionals to execute solid projects that will stand the test of time instead of cutting corners and constructing the kind of ill conceived and shabbily constructed projects littered in Imo State by the self acclaimed Rescue Mission government of Senator Rochas Okorocha, which from all indications didn’t wish Imo people”.

“Governor Hope Uzodinma has aside exhibiting passion and commitment to his administration’s Rebuild, Recover and Reconstruct mantra has also distinguished himself from others who abandoned their predecessors’ uncompleted projects because of sentiment”.

Posted by Watchdog Newspaper - October 22, 2020 0
By Martin Nwoko A University Don and a leading opinion analyst,Prof. Protus Nathan  Uzorma has described what is happening in… 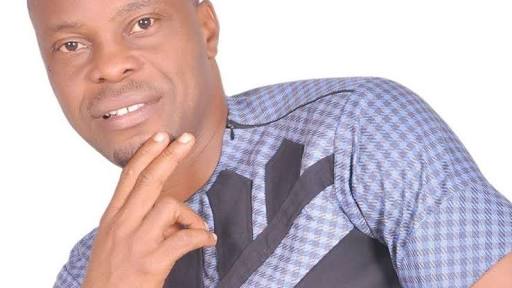 Posted by Watchdog Newspaper - January 17, 2023 0
Following the latest twist of events over the venue of the Primary elections through which Hon Jones Onyereiri emerged as…