He cried out over the terrible state of the area last weekend during a meeting of the State Working Committee (SWC) which took place in Owerri, the state capital.

The chairman lamented the huge losses the Imo West has suffered given the volume of destruction which has chased some residents away while some live in fears not sure of the next moment. According to him, “Orlu and its environment is seriously ravaged by hunger. Women who trade on perishable food items like tomatoes cannot focus to dispose their items because of the recurring violent attacks and killings in the area which can occur any moment’’

The level of destruction and destabilization of education, business, life and properties in the area is something that cannot be fixed even in the next five years. The earlier the governor stops this carnage the better for everybody. As the chief security officer of the state the buck stops on his table and he takes responsibility for the woes that are plaguing the state. He should take charge  and salvage the rot’’

Ishiodu vowed that under a PRP government some of the challenges imposed on the people by the APC government will be a thing of the past because according to him the vision and fundamental principles of the party are solution driven.

He highlighted the fundamental principles of the party to include the value and the equality of human beings, the power of the people by the people, economic control by the state, true federalism, total liberation from imperialism. He called on Imolites to throw their weight behind the PRP The SWC used the occasion to launch a program called ‘Make way for better tomorrow’.He said,” the program is designed to capture the 27 local governments in the state and was created to help the members alleviate the challenges of unemployment and poverty as well as educate them to tap into the opportunities that abound in agricultural activities.

“In the course of  the program,people will be assisted to acquire skills in baking, sewing, soap making, etc.During  the program, 100 palm seedlings will be given to each of the 27 local government areas for planting. In addition, micro credit of one hundred thousand will be availed to each individual as approved by each zone. There are other upcoming tools to support the empowerment”, the chairman concluded.

Posted by Watchdog Newspaper - September 9, 2020 0
BE THE FIRST TO GET OUR NEWS, CLICK HERE TO DOWNLOAD OUR MOBILE APP 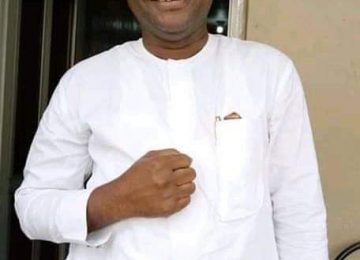