By Martin Nwoko
The people of Okpala Autonomous Community in Ngor Okpala local government area of Imo State have accused the Imo State Governor, Senator Hope Uzodinma of failing to recognize and as well give staff of office to its duly elected and chosen traditional ruler, HRH Prince Engr. Dr. Alexander Anozie Okereke its staff of office to reign as king of Okpala Ancient kingdom.

Protesting over the ugly situation within government house Owerri on Friday, the community insisted that this is the first time since over 200 years that royal stool is being taken away from Okereke royal dynasty, stressing that it is the responsibility of every Autonomous Community to choose its traditional ruler and not the governor.

Addressing newsmen, a community leader in the area,Mr Victor Okereke stated that Okpala Autonomous Community  came to government house Owerri to receive staff of office and certificate of recognition like other communities did having lost its former traditional ruler, HRH Eze Sir K. B. Okereke in 2020.

He reiterated that the Okereke family has history of hereditary Ezeship which he said has lasted for more than 200 years and the newly chosen traditional ruler, Prince Dr. Engr. Alexander Okereke is meant to be the ‘Okpu 1V’.

According to him ” from no where we started hearing about one young man called Obinna Eziakonwa, he just bumped into the scene because of his firm and political relationship with governor Hope Uzodinma, we thought he was joking”.

He went on to accuse the sister of Obinna Eziakonwa, Ahunna Eziakonwa, the one recognized as Eze by Senator Hope Uzodinma who is working with United Nation of using her position to bring UNDP funds to Imo State thereby making governor Hope Uzodinma to agree to make his elder brother the traditional ruler of Okpala Autonomous Community as against the already established traditional stool in the community which has lasted for about 200 years.

Mr Victor Okereke also disclosed that the community has performed all the statutory requirements and as well paid the sum of #510,000 to the state government account with First City Monument bank for staff of office and all other necessary clearance to herald the recognition of its traditional ruler who they brought back from USA to be there king.

Speaking further, Mr. Victor alleged that there is political undertone to what has happened to Okpala Autonomous Community because the former governor of Imo state, Rt. Hon. Emeka Ihedioha mother is from the same family with their chosen monarch. He thereby urged Senator Hope Uzodinma led administration in the state to rescind its decision in order not to cause breach of peace in the community.

Also contributing, a youth leader in the community, Engr. Okereke Collins, stated “our community has been enjoying peaceful coexistence, we maintain that Prince Dr. Engr. Alexander Okereke is our traditional ruler, it is very unfair for anybody to impose anyone on us because Okpala Autonomous Community is an ancient kingdom, this development in our community is capable of causing mayhem “.

Adding her voice, a woman leader in the area, Mrs Victoria Okereke, stated that what they  are seeing happening to the community is unpalatable and unheard-off in the history of the community, she therefore pleaded with the state government to do the right thing by recognizing their duly chosen traditional ruler for peace to reign.

Reacting to the development, Prince Dr. Engr. Alexander  Anozie Okereke, disclosed that he came back from USA because his people wanted him back to be there traditional ruler.He reiterated that his late father was the ‘Okpu 11’ before his late cousin became the ‘Okpu 111’ all from the royal dynasty of Okereke family.

He alleged that the ‘ Asa 1’ Oninna Eziakonwa the recognized Eze by governor Hope Uzodinma is bearing, is a non-existing community.
According to Prince Dr. Engr. Alexander Okereke, “Obinna Eziakonwa does not have what it takes to be the traditional ruler of Okpala Autonomous Community where there are many qualified persons in the community, he came and robbed me of my position willingly given to me by my people”
Prince Alexander Okereke thereby urged governor Hope Uzodinma to give him his staff of office and certificate of recognition, stressing that there is no division in Okpala Autonomous Community. 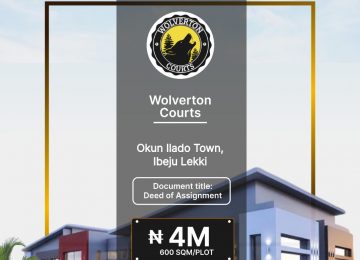 Posted by watchdog - December 22, 2017 0
The management of the Guarantee Trust Bank Plc, (“the Bank”) has reacted to several rumours, and false statements, being spread…