The management of Imo State Polytechnic has refuted a report published in the Nigeria Watchdog Newspaper edition of Tuesday, February 22 where it was stated that the institution has lost accreditation in all its 28 courses.

In the refutal published in the Announcer Express Newspaper of Wednesday February 23, the management of the institution, claimed that the story as published by Nigeria Watchdog is false and unfounded, stressing that all courses run by the school are duly accredited by the National Board for Technical Education (NBTE).

ImoPoly management claimed in the refutal that, “It is instructive to state that accreditation of Courses in tertiary institutions in Nigeria, Imo State Polytechnic inclusive, may be done in phases depending on the timeline of each Course with the regulatory body; and which requires visitation by the NBTE as time for renewal of any such Course approaches.”

“It is therefore malicious for a medium to misinform the public on the state of affairs in the Polytechnic without cross­checking the spurious reports from grapevines whose anchors are only on a mission to damage the good image of the institution and discredit the relentless efforts of the Management of the institution and the resources invested by the State government in re-positioning the Polytechnic.”

However, when contacted yesterday, a director  of NBTE, Mr.Fidelis Ogbonna said, “we have severally written the management of ImoPoly to stop running unaccredited courses to no avail. We are therefore using this medium to tell parents whose children are either there presently or affected by the non-accreditation of the courses they study to sue the school and Imo state government.

“The school should stop wasting the precious time of the students and the resources of their parents after which the students will get stranded.”

Our source hinted that since 2013, there has not been routine accreditation of any department in the institution, a situation that has further compounded the already complex situation.

The source also disclosed that when former governor Emeka Ihedioha came on board, he was at the verge of mobilizing funds for the commencement of the accreditation of the departments during former Rector, Dr P.U. Njoku’s tenure. But the emergence of the Hope Uzodinma administration truncated it and literally brought the institution to square one.”

“As if that is not enough, the school has already lost the services of many experienced and resourceful lecturers who have resigned their appointments and joined other institutions to avoid the recurring decimal of pitiable woes which seems to have become the fate of staff of the institution.

On the other hand, the students who had already relocated to the Omuma campus are not finding things easy as they hardly sleep with their eyes closed because of the high level of insecurity in the area.

Hence some of the distraught parents have secured admission for some of them in other schools.

It was also gathered that in no distant time the NBTE will formally write the Joint Admission and Matriculation Board (JAMB) to delist the polytechnic from their portal.” 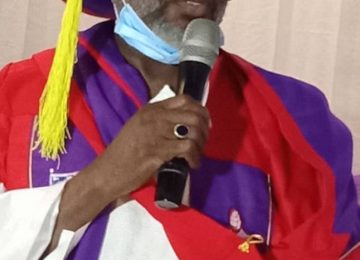