Governor Hope Uzodinma has appointed Dr Ifeanyi Chukwunonso Okeke an aide of the commissioner for Finance in the state, Dr Doris Nkeiruka Uzoka as chairman of the Imo Internal Revenue Service formerly called the Board of Internal Revenue.

It would be recalled that the appointment of Dr Uzoka, whose aide has recently been appointed Chairman of B.I.R was faulted by many concerned Imolites because of her link with Zenith Bank which has several financial unresolved issues with the Imo State government.

The appointment of the new boss of the Board of Internal Revenue,Dr Ifeanyi Okeke has also elicited serious concern in many quarters just like that of his principal, the former commissioner for finance.

The Nigeria Watchdog Newspaper in one of its publications at the peak of the controversy elicited by the appointment Dr Doris Uzoka whose aide is presently chairman of the BIR stated, said, “Financial experts and members of the financial advisory committee set up by the former Imo State governor, Rt. Hon. Emeka Ihedioha to support his development agenda and other ancillary financial assignments  have raised alarm faulting the recent appointment of Dr. Doris Nkeiruka Uzoka and have in a strong worded petition to the 9th Imo House of Assembly opposed the appointment of the candidate who they described as a former staff of Zenith Bank who is hired to do a hatchet job to cover the over N112billion illicit deal involving the bank.

In the four page petition to the Imo State house of Assembly through the speaker,  signed by Dr Abraham Nwankwo  and four others, backed with verifiable document, to the house against the commissioner tagged “request to save Imo State from continued assault, interest. The appointment of one Dr. Doris Nkeiruke Uzoka Anite of Zenith Bank Plc, as Commissioner for Finance vis-à-vis non recovery of N111.5 billion of state funds from Zenith Bank Plc. A case in point” the petitioner gave reasons why the lady should not be appointed as she is only there to cover the deal already known to the financial advisory committee and some Imolites.

The relevant bodies and persons to whom the petition was copied to, include the executive governor of Imo State Senator Hope Uzodinma, his predecessors, Rt. Hon. Emeka Ihedioha, Senator Okorocha, Dr. Ikedi Ohakim, Achike Udenwa, Governor of the Central Bank, Chief E.C. Iwuanyawu Chairman of the elders council, all the trade and labour unions various religious leaders and organizations as well as all the political and cultural organizations pointing out the anomaly in the said appointment.

Part of the thought provoking petition include, “being citizens of Imo State, committed to contributing to its progress, and having been mandated under His Excellency, Rt. Hon. Governor Emeka Ihedioha’s administration as the Financial Advisory Committee (FAC) to solve a major problem, and having meticulously carried out the assignment for the good of the present and future generations of Imo State, we are committed to ensuring that the people of Imo are not denied the benefits of our contribution, under whatever guise.

“Accordingly, we write to petition against the appointment of Dr. Doris Nkiruka Uzoka-Anite as Finance Commissioner with the added mandate of coordinating the economy of Imo State, and the failure of the administration of His Excellency, Distinguished Senator Hope Uzodinma to recover amounts which have been established that Imo State was defrauded of by Zenith Bank Plc.

“Dr. Doris Nkiruka Uzoka-Anite is a former staff of Zenith Bank Plc which is the major bank involved in severe financial infractions tantamount to allegedly defrauding the State of over N111.5 billion.”

In view of the above, it is believed in several quarters that the appointment of the aid of the former commissioner whose integrity was questioned as chairman of a sensitive establishment like the BIR could be a grand design to cover up some issues, perpetrate sinister objectives and short change Imo people.

“An experienced banker and tax consultant, Ifeanyi is a member of the Institute of Chartered Accountants of Nigeria (ICANJ. He holds a BSc Accountancy and a Masters of Science (MSc) Accounting from Nnamdi Azikiwe University. Awka He also holds a PhD in Accounting and a Masters in Business Administration (MBA) from the University of Nigeria. Nsukka.

“He will succeed Chief Emeka Udegbulem who had been at the helm of affairs of the organization for eight months.

“In a letter dated February 18lh. 2022. and signed by Chief Cosmas Iwu. Secretary to the Government of Imo State. His Excellency wishes that Ifeanyi brings his wealth of experience to bear in the discharge of his duties 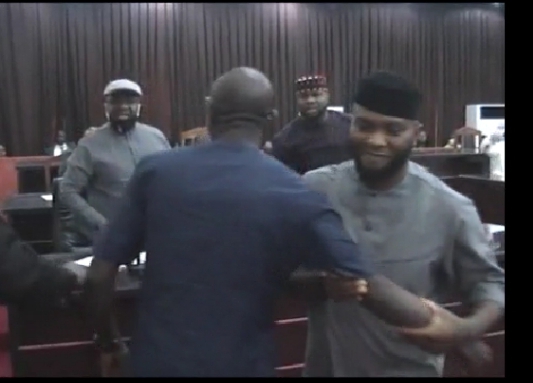 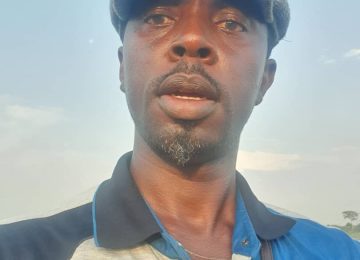 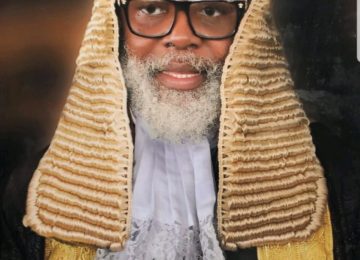 Posted by Watchdog Newspaper - March 3, 2022 0
-NBA, Njaba Lawmaker, others hail Congratulate Him The appointment of Prof U.U Chukwumaeze (SAN) as the Vice Chancellor of Imo…