As the intrigues, manipulations, obvious and subtle maneuvers ahead of the fast approaching 2023 general elections play out, Rt Hon Asiwaju Jerry Alagbaoso, representing Orlu, Orsu, Oru East federal constituency in the Federal House of Representatives who had issues with his party, the PDP recently announced to the surprise of many that he is now at peace with the latter and indicated interest to run for Orlu Senate.

Alagbaoso who also declared his intention to contest the Orlu senatorial seat after completing his third tenure of twelve years as a federal lawmaker also decried the attitude of some politicians who he accused of “shaving peoples hair in their absence and spreading gossips without proper verification.

The federal lawmaker who stated this while fielding questions from journalists at the Sam Mbakwe airport, Owerri recently also revealed that his intention to go to the Senate is to duplicate what he has done at the green chambers in the past 10 years and 3 months.

Responding to a question about the issues he had with the PDP, Alagbaoso said “Yes, I had that issue because of suspicion of some politicians who do not take prisoners but kill them. They tried to shave peoples’ hairs in their absence. They are prone to gossips and suspicion without proper processing and verification. They would always shave ones’ hairs in his or her absence. But I was not the only one who had problems of that impunity from the Party leaders during the last congress. So, when some of them went to court, I supported them openly and they had an injunction from the court restraining the State Party exco but later we settled out of court through the interventions of well-meaning governors and Party leaders.”

On the advice he has for  the people of Orlu zone, he said, “1st and foremost, let them know that politics is not a profession. They should give us the aspirants a level playing ground and they should not be lured into eating in the morning the food that is meant for morning, afternoon and night. That whoever that will emerge as a Senator must represent all the political parties in the zone. I have advised them to accept any gift from all aspirants because it is from our free will and accord.”

Posted by Watchdog Newspaper - May 4, 2018 0
The recent defection of the two term senator for Imo West senatorial zone, Senator Hope Uzodinma from the Peoples Democratic… 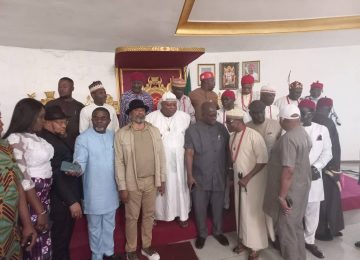 Posted by Watchdog Newspaper - December 4, 2020 0
Prominent Political and other leaders of thought in Owerri Senatorial District recently held what was described as the third anniversary…