Few weeks after  Special Adviser to the Imo State Governor on Public Enlightment,Mr Arinze Nwokeji called the Publisher of Nigeria Watchdog Newspaper, Comrade Precious Nwadike on phone in respect of a report about alleged sex scandal at the Imo Internal Revenue Service IIRS and threatened that government will deal with him the same way it dealt with ace broadcaster, Nonso Nkwa of Ozisa FM radio station who was recently suspended from going on air and later recalled by the Nigeria Broadcasting Corporation NBC, IIRS has in a letter signed by one Tony Nkemakolam who was reportedly  sacked from his duty post in one of the banks in the country urged Nigeria Watchdog Newspaper to remit all taxes accruable to the Imo state government within two weeks without first issuing the newspaper outfit a demand notice or inviting the publisher for a formal  assessment.

In what many have referred to as a glaring case of witch hunt and vendetta, the IIRS put the cart before the horse by first issuing a “reminder to remit tax” dated March 15, 2022 before forwarding what it called “Harmonized Assessment Notice for 2022 dated March 25, 2022 which it addressed to Nigeria Watchdog Newspaper.

The “reminder to remit tax signed by one Tony Nkemakolam which should have been issued to Nigeria Watchdog after the purported Harmonized Assessment Notice even without formal invitation for assessment reads, “In the line with section 23 of the Imo State Internal Revenue Service and Revenue Administration, Consolidation and Codification Law 2021 (Amended), you are required to remit all taxes accrued to the Imo state Government into the State Treasury Single Account (TSA) via Pay direct.

The Imo State Internal Revenue Service hereby writes to remind you to comply and make payments as the 30 days period stated in your Assessment notice has elapsed.

However, the Imo State Internal Revenue Service (IIRS) is committed to treating all taxpayers fairly in line with best practices and encourages you to meet up with your tax obligations. For enquiries please call 07043052201 or 07062550343”.

The purported harmonized assessment letter which was belatedly sent  to Nigeria Watchdog newspaper exactly ten days after the initial reminder was signed by Dr Ifeaniy Chukwunonso Okeke as Executive Chairman of IIRS contrary to the content of his appointment letter dated February and signed by Femi Adedji, Head of Corporate Communications which  stated that, “the executive Governor of Imo State Senator Hope Uzodinma has appointed Dr Ifeanyi Chukwunonso Okeke as the Interim Chairman of the Imo state Internal Revenue Service (IIRS). The appointment is with immediate effect.”

A source at the IIRS who pleaded anonymity posited that, “despite the fact that the appointment of Dr Okeke as Interim Chairman of IIRS elicited mixed reactions in several quarters because it did not follow due process and runs foul of civil service rules, guidelines and procedure. It also violates the law that established the IIRS.”

“Besides, the letter that announced his appointment did not emanate from the office of the Governor or the Secretary to the Government of Imo State SGI, rather, it was signed by Femi Adedeji one of the eighteen staff alleged to have been deployed to the IIRS in questionable circumstances without following due process.”

The source further stated that, “from indications, it is glaring that the aim of the letters and outrageous tax assessment issued to Nigeria Watchdog Newspaper is to coerce, armtwist and shut down the outfit as a punitive measure for courageously highlighting and bringing to the public domain the nefarious activities alleged  to be going on at the Internal revenue agency.

The source also disclosed that, “the plot was hatched at a meeting held at the instance of the Commissioner for Finance, Dr Doris Anite and the Anambra State born chairman of the IIRS, Ifeanyi Okeke both of who have often expressed displeasure at the way they are being embarrassed by reports in the Nigeria Watchdog Newspaper, they vowed to shut it down to serve as a deterrent to other newspapers who try to delve into what doesn’t concern them”.

Continuing, the source said, “a cursory look at the purported harmonized assessment notice issued to Watchdog Newspaper shows that there is more to it than meets the eye.”

For instance, why must a newspaper outfit be asked to pay the sum of N20,000 for sanitation and hygiene when it neither generates nor disposes waste outside? What concerns a newspaper outfit with the payment of N30,000 as Imo state Tourism and infrasturual development levy? Is it a hotel, restaurant or tourist centre? It is outrageous that a private newspaper outfit that doesn’t enjoy amenity from government should be asked to pay a tax of N840,000 per annum, comprising Imo state social service stabilization fund of N50,000, “Withholding tax on Director’s fee/Direct Assessment (BOJ) of N500,000, Operational permit to the local government N20,000 and Tenement/Property rate of N100,000  etc even when the outfit operates in a rented apartment.” 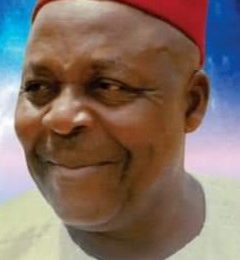 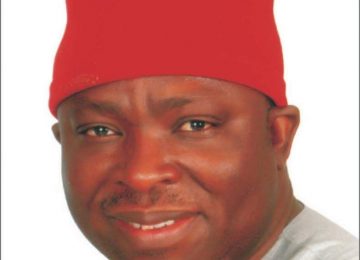 Kanu’s Case Too Big For Nigeria To Handle- Victor Umeh

Posted by Watchdog Newspaper - October 2, 2019 0
The speaker of the Imo state House of Assembly, Dr Collins Chiji, has said that the salaries and allowances of…