The National Association of Nigeria Students,NANS on the 9th of April 2022 conducted her first ever Zone F convention.

The convention which took place at Enugu State University of Science and Technology (ESUT) was free, fair and credible. A total of 5 SUG Presidents of tertiary institutions from the  states of the south east region participated. Comr. Ejike PraiseGod emerged as Deputy Coordinator of the zone having scored 23 voters out of the total vote cast. He was declared winner by the convention chairman having defeated his fellow contender who got 13votes.

Recall, that the NANS election for Zone B comprising  South east and South South earlier scheduled to hold in Akwa Ibom State was postponed as a result of some abnormalities observed by the CPC. It was later rescheduled to hold in Delta State on December 18, 2021 but because of the preparation for the national congress slated to hold in Sokoto on February 18, 2022, leaders in the South east unanimously agreed to wait for the outcome of the congress before holding the convention.

Fortunately for the south east, at the congress, new zones were formed, South South and South East were separated to reflect the current geopolitical leadership structure of the nation and to facilitate effective leadership and administration. This birthed Zone B and Zone F respectively from former Zone B (South South, South East) 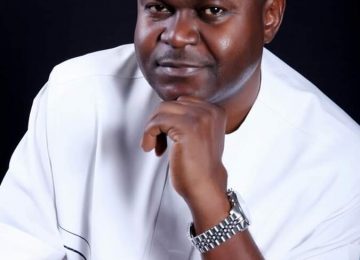 Posted by Watchdog Newspaper - April 20, 2021 0
It was a gathering of who is who in Nigeria’s political circle, at The Treasure Suite,  opposite the federal high…