The Supreme Court of Nigeria in a landmark unanimous judgment delivered in Abuja has upheld the ward and state congress of the People Democratic Party held in 2020 in Imo state for which some aggrieved members of the party in the state had approached the Owerri High Court and the matter lingered since then till the verdict of the apex.

According to the Imo state publicity secretary of the party, Mazi Emenike Nmeregini, The Peoples Democratic Party (PDP) in Imo sees the recent judgment of the Supreme Court as victory for democracy.

A statement from the publicity secretary indicates that the Supreme Court, unanimously, in a landmark judgment, delivered on Monday, upheld the 2020 PDP Ward, LGA and State Congresses of the Party.

Recall that some members of the Party had approached the Imo State High Court, sitting in Owerri, in the suit, PDP vs Chief Joseph Ugwulegbo and 63 others, challenging the 2020 Congresses that produced Engr. Charles Ugwu led Executive.

Imo PDP in its submission, through its counsel, Chief Ndukwe Nnawuchi, SAN, challenged the jurisdiction of the Court to entertain the suit on the grounds that it was a pre-election matter since Congresses of political parties are domestic affairs of the Party and therefore not justifiable because Courts lack the powers to interfere with the internal affairs of political parties.

The Owerri high Court agreed with PDP and subsequently dismissed the case for lack of jurisdiction.

The Plaintiffs, led by Chief Ugwulegbo, however headed to the Court of Appeal  Owerri to challenge the ruling of the lower court.

The Court of Appeal, in its ruling, set aside the judgment of the lower Court and ordered for a retrial

Imo PDP thereafter approached the Supreme Court to challenge the judgment of the Appeal Court.

Delivering the judgment, read by Justice C. C. Nwaeze, the Supreme Court in a unanimous judgment, agreed with the objection of PDP and summarily set aside the judgment of the Court of Appeal and upheld the Party Congresses of 2020 as credible.

The party in Imo in reaction to the judgement said,”We wish to seize this opportunity to express our gratitude to the Apex Court for their industry in upholding the truth. This is indeed a victory for democracy, saying our party is poised to reclaim our mandate. This judgment has laid to rest the issues against the conduct of our congresses.

“We, again call on aggrieved members of our party, especially the Plaintiffs to embrace peace and cohesion in our party as we move to rescue and rebuild our State and Nigeria at large.” 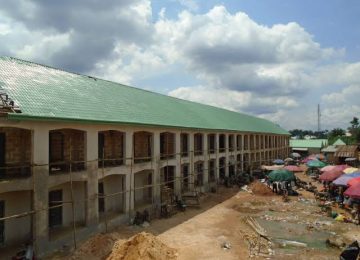 Revealed!Meet Those Behind Plot To Sell Imo NUJ Secretariat

Posted by Watchdog Newspaper - April 12, 2022 0
It has been revealed that most of the past leaders of the Nigeria Union of journalists, Imo State Council who…

Posted by Watchdog Newspaper - May 11, 2020 0
By Anselem Anokwute The Member Representing Owerri West LGA in the Imo State House of Assembly and House Committee Vice…