In view of the varied security challenges in Imo state and the onerous task facing the police command in the state as well as some what estranged police/public relations for sometime now, a formidable human rights group  under the aegis of Imo Peoples Action for Democracy IPAD has welcomed the new commissioner of police (CP) Mohammed Ahmed Barde and admonished him to consolidate on efforts by  his predecessors to ensure that peace, sanity and equanimity return to the state with better and improved police/public relations is enhanced.

In a message of welcome  signed by the Coordinator of IPAD in the state, Marjorie Ezihe on Wednesday April 13, the organization noted that,”today would have been exactly eight months  the erstwhile Imo CP Rabus Hussaini assumed office as Commissioner of police, on August 13, 2021.

“We are welcoming a new C.P  Mohammed Barde and wish him happy successful and cordial tenure in the state.”

IPAD said, “It is our profound privilege to proffer to CP Mohammed Ahmed Barde, the compliments of the Imo Civil Society Community  in activation of our watchdog feature for collaborative Synergy in ensuring professional ethical policing of Imo state, in total departure from the many ills bedeviling the police Command in Imo state to  consolidate on  the police Act and the Nigerian constitution and all other existing legal framework in the state for effective policing.

“Consequent upon your citation as a versatile police officer, with experience from the police college Jos and the Nigerian Police Academy Wudil Kano, as Deputy Commissioner Admin,we are therefore hopeful of your capacity dispatch in  crime fighting and safe guarding of lives and property of  Imo citizens and environment, In a Sustainable and inclusive manner,

As well as improvement in the welfare of  officers and men of the Imo Police Command, especially as concerns residential.

“Being the 40th Commissioner of police in Imo state, we can say that your experiential deployment at this challenging time will firmly address issues of Corruption and human right abuses squarely for confidence and trust building, that will usher  robust relations with the Imo  police Command and  Civil Society organizations in the state, for seamless Information share and improved crime fighting for peace and prosperity of our beloved state.

“We reiterate the IGP’s Charge for you Sir, to hit the ground running in areas of crime fighting and public safety in quality service delivery, whilst heartily welcoming you to Imo state in anticipation of Excellent police and citizens relations, with the high regards of the Imo Civil Society Community.

“The group hopes that there will be greater efficiency improved harmonious relations and return of peace in the state during the tenure of the new CP and beyond.” 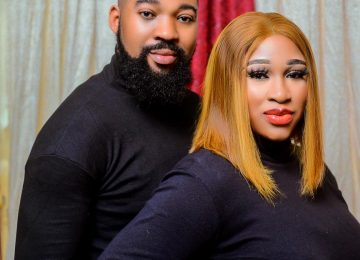