The Imo state chapter of the Peoples Democratic Party (PDP) rising from a joint meeting of the state executive council and stakeholders at the party secretarial Okigwe road on Sunday May 15 commended the state party chairman  and state Working Committee (SWC) on the adequate arrangement made for the coming primaries, mobilizing and ensuring sanity and unity in the party.

They also uphold the timely introduction of guidelines /code of conduct for aspirants party officers and members/supporters, providing a level playing ground for all aspirants and determination to guarantee free, fair and credible primaries in the state.

“Rising from the one day meeting of all members of the state causes, the elders committee, state national assembly members and party aspirants who deliberated on three main burning issues within the party issued a ten point resolution aimed at fostering the continued unity of the party and moving it forward.

Observing the rising tension, apprehension and possible breakdown of law and order should the electoral committee  to Imo state continue to disregard guidelines for the congresses and primaries resolved as follows; SEC/Stakeholders note however, the unfortunate disappearance of the result sheets for the conduct 3-man Ad-Hoc Delegates Congress for Ideato North and Ideato South Federal Constituency.

SEC/Stakeholders commend the Department of State Security and their role in safe-guarding the Electoral materials for the Party’s 3-Man Ad-Hoc Delegates Congress.

SEC/Stakeholders condemn into totality the disappearance of the LGA National Delegates Congress Electoral Committee with the result sheets.

SEC/Stakeholders condemn the outright disregard to due process and laid down guidelines of the Congresses set by the National Party in the conduct of the said Congresses by Electoral Committee sent to Imo State, particularly the extortion of Aspirants.

SEC/Stakeholders observed the rising tension, apprehension and possible breakdown of Law and order should Electoral Committee sent to Imo State continue to disregard guidelines for the Congresses and Primaries.

SEC/Stakeholders wish to draw attention of the NWC to recent activities of Ad-Hoc Committee sent to the State, which has the tendency to invalidate the nomination process for the Party’s Candidates in the State should the process of our Primaries be deemed faulty”. 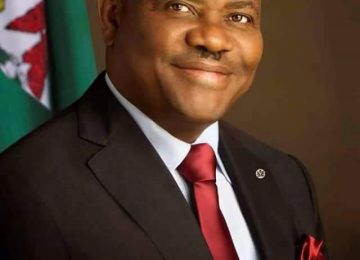 Posted by Watchdog Newspaper - December 13, 2022 0
The Governor of Rivers State, Nyesom Wike has taken a swipe at those who condemn Muslim-muslim ticket without seeing anything…