A Chieftain of the Peoples Democratic Party who is said to have won the party’s primary election for Orlu, Orsu, Oru East federal constituency seat that was earlier conducted has explained why he didn’t participate in the re-run election conducted by the party recently.

Speaking during an exclusive interview with Nigeria Watchdog Newspaper, Chief Aloy Igwe said the primary election  which the party conducted earlier, was adjudged by many to be free, fair, transparent and credible was suddenly negated to suit the whims and caprices of few individuals  who were not happy that their preferred candidate did not emerge.

He accused a national officer of the party of using his position and contacts to cancel the election, contrary to the wishes of the people. He called on his supporters to remain calm, focused and resolute as he was doing everything legally possible to ensure that the mandate which they willingly gave to him is restored in the spirit of justice and fairness.

He also enjoined his co-contestants who witnessed and expressed dismay about the brazen injustice to always align themselves with the truth not minding the circumstances as the latter will always prevail, despite all odds.

Responding to a question about  what his next line of action would be, Chief Igwe said, he has come a long way and has contributed enormously to the growth and sustenance of the party, and would not give up.

Posted by Watchdog Newspaper - September 10, 2021 0
Aside the total disruption of social and economic activities in Imo state that made Owerri, the state capital a ghost… 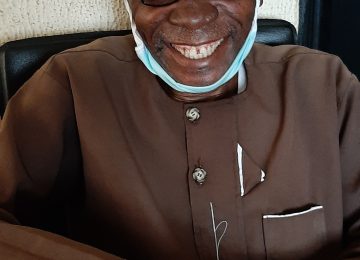