Chairman of the Senior Staff Association of Nigerian Universities (SSANU), Federal University of Technology, Owerri (FUTO) chapter Comrade Uchenna Nwokeji on Monday marked his birthday with a quiet celebration with a circle of his close friends, family and associates.

The event which took place in Owerri, the Imo State capital, was deliberately low-keyed to reflect the current mood of the nation as it affects Nigerian Universities and their students.

He expressed disappointment at the manner the federal government is handling the agreement it entered with various unions in the Universities such as, ASUU, SSANU, NASU, NAAT.

He said, “members of these unions are really starving. And because of that, I feel so sad that I cannot celebrate my birthday the way I should have done. However, we must thank God for the gift of life. That’s why I chose to use this occasion to reflect on the challenges we are facing in the Universities.

“I’m using this avenue to call on the federal and state governments and all the stakeholders in the ruling APC to come together and resolve this issue.

“The APC government and the stakeholders in the party are proving to be insensitive to the plight of ordinary citizens of this country. If not, what is the rationale behind allowing millions of undergraduates to stay at home for about six months doing nothing simply because the federal government does not want to respect the agreement it willingly entered into with university workers. On top of that, they are busy campaigning to retain power when things are going astray”.

Nwokeji, who frowned at the myriad of problems facing ordinary citizens such as insecurity and hardship, wondered why the federal government should stop the salaries of university workers simply because they are on strike.

“When salaries are not enough, now you are stopping the person’s salary for six months. What do you want them to do? How do you want that person to feed his or her family?”, he queried.

Nwokeji, who doubles as the chairman of Joint Action Committee (JAC) of SSANU and NASU in FUTO, stated that the demands of the university workers would have been addressed earlier if politicians had their children in public universities in the country.

He encouraged members of SSANU in FUTO, South East Zone and National to remain steadfast because “God is our strength”. 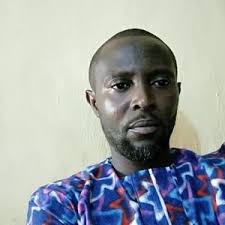