To discuss the intricate shades of mediocrity in the Imo State House of Assembly would take an entire tabloid.

For anyone who could afford to fling a whole day sitting through one of their sessions, such a person would go home thinking of puppetry in Disney land. I tried once, the aftertaste still lingers.

So, when I see members of the Imo State House of Assembly, posturing and angling for a return ticket, I get the urge to puke!

Likening the State Assembly to Disneyland would imply a crowd of 27 puppets with the executive Governor as the grand puppeteer.

Actually, this is complimentary because the supposed honourable members of the Imo State House of Assembly(IMHA) have been so cowed that they have become mere shadows while only the Governor bears the fleeting semblance of a duly elected office holder.

The only legislative power that seems functional in the Imo Assembly is the power wielded against its own members at the instance of an overbearing executive, whose interests must be prioritized.

Currently, the trio of Paul Emeziem, Ekene Nnodomele and Okey Onyekamma who have been suspended since November 2021 (10 months), may have learnt, though the hard way, that holding any radically divergent political views with the House leadership, no matter how objective, is a sure way to political limbo.

Today, consequently, the Imo State House of Assembly is largely populated by “yes men” and a handful of self-styled grovellers.

So it didn’t come as a surprise when a few handymen of the Governor in the State Parliament were assembled by the Deputy Speaker of the Assembly, Amara Iwuanyanwu in the name of Orlu Caucus of the Parliament to impress the governor.

The subject of their press conference was Ikenga Imo Ugochinyere! Again, that didn’t come as a surprise.

As a matter of fact, it was the fourth press conference by agents of the Imo state government in the last 48 hours, in their desperate effort to diminish the strong and unassailable findings and arguement of the courageous spokesman of the Coalition of United Political Parties (CUPP) in Nigeria.

From press conferences held at Rockview Hotel; Exco Chamber of the Government House; Ibis Hotel, World Bank; and the Deputy Speaker’s Lodge, they were all struggling to ‘sandpaper’ a very bad narrative. It was a swim against the tide – a futile adventure. The more press conferences they convened, the more they unwittingly conveyed to the public that they were the culprits.

It seems, Uzodinma’s crowd of media handlers make ‘a kill’ with every one of these unproductive press conferences (the more, the merrier), when professionalism would have taught them that sometimes, ‘silence becomes a media strategy’.

Unfortunately, professionalism is a scarce commodity among these overpaid spin doctors who end up running into each other, with each person trying to out-do the others in dishing out blatant lies and half-truths through their usually fatuous press releases.

And so it turned out that Deputy Speaker Amara Iwuanyanwu suddenly realized that Orlu Zone had 12 lawmakers (Orlu Caucus) who should represent and speak for Orlu, just because they wanted to be heard speaking up for Governor Uzodinma, over that epic exposition on the alleged compromised voters register.

How many victims of the Orlu mayhem did this caucus placate?

As a caucus, what joint venture legislation have they collaboratively passed into law for the zone? Perhaps, they think Orlu is too small for a bill for an industrial cluster in Orlu Zone or even the needed low cost Housing Estate for the zone.

Or would they also pretend not to know that many parts of the zone suffer from poor quality education largely occasions by unavailability of qualified teachers and the necessary instructional materials.

How many health centres are still functioning to the point of handling a midnight labour emergency in the rural communities in Orlu zone?

And many other issues begging for attention yet, the so-called caucus did not find any occasion to sit, but simply because Ikenga Imo Ugochinyere of the CUPP red-flagged a dangerous plot against the country’s democracy and electoral system, the Orlu Caucus of the Assembly hurriedly aborted their two months recess and returned to address a press conference to make the Governor look good.

Naturally, nobody expects them to support a strict electoral process where all the windows for the usual ‘orography’ are firmly shut! So it suits them alright to attempt, albeit fruitlessly, to attenuate the solid submissions of the CUPP.

With their current public rating, it is unlikely that any of them will be able to sell water in a desert, what more, selling their candidature in 2023. So a flawed electoral system may just be convenient, which perhaps, is why the caucus had to convene.

Incidentally, what they were labouring to defend, INEC has admitted!

Every legislator should be able to provide his people with legislative protection and a sense of social security with his quality representation, but the caucus leaves so much to be desired in this regard.

If it is true that they surreptitiously passed a certain Vigilante Bill (Popularly known as Ebubeagu), kudos at least, but what happened to monitoring and over-sighting the activities of the group which on many occasions have been named in cases of extrajudicial use of firearms leading to avoidable casualties.

In spite of the outrage that followed the Otulu wedding guests killing and several others like it in Orlu, the caucus remained conveniently mum.

Understandably, only seven members of the Orlu caucus were available for the said press conference and while the jamboree was happening, the lawmaker representing Orsu, Hon. Ekene Nnodomele, who ofcourse, was not part of the conference, was leaving police invitation/detention the previous night, following the relentless hounding of the lawmaker who has been in suspension for upwards of 10 months.

It will not be necessary, not in the least, to analyse the content of the press conference because a decko of the text easily portrays a poor rehash of the same weak and insipid narrative recycled from the last three press briefing.

The Governor has more than a dozen dedicated media aides and social media influencers, so for the Orlu legislators to jump knee-deep into this political hogswamp, may be an indication of the level of pervasive indolence prevalent in the legislative space.

And did they score any point whatsoever with their press conference? Nada!

Nigerians and Imo people have suffered so much as a result of Nigeria’s flawed electoral system which often throws up the worst of us to lead the rest of us.

Same reason every sector of the Nigerian society has been corrupted, thereby occasioning the widespread collapse of critical institutions of state.

It is regrettable that supposedly honourable men would elect to embrace infamy by attempting to defend and rationalize what would have become a massive electoral heist of historical proportion.

Nigerians have been bitten once, now they are many times shy, and would prefer an Ikenga Imo Ugochinyere who will raise the alarm once a loophole or any other bug is detected in our electoral architecture, than any legislative Chambers known for soft-soaping truth or prevaricating on the core issues that matter.

While Nigerians are calling for the heads of the INEC personnel whose passcodes were used to register people from New Zealand, Jamaica, America, Kenya, Zimbabwe and other coutries into our voters register, our dear honourable members are here trying to distract Nigerians from the main issues that should be swiftly redressed to shadow-chasing.

So what happened to patriotism among political office holders?

Shouldn’t there be an end to desperation?

Whatever they said today, or may say tomorrow, Imo people and indeed Nigerians of all walks of life, know who they have become and exactly what it means to transmute from lawmaking to noisemaking! 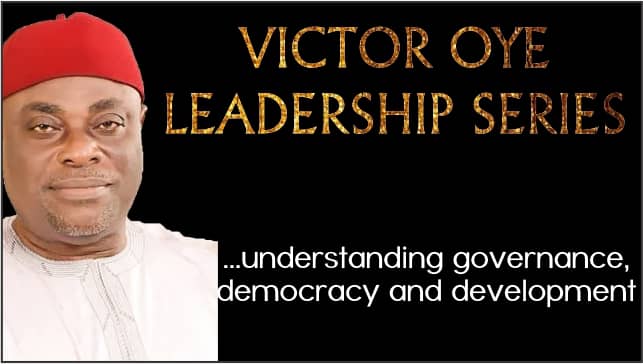