OurMumudondo an advocacy group for good governance led by popular musical artiste Charles Oputa (Charlie Boy) based in Abuja, has called on security authorities, mainly the Nigeria police to provide protection for and ensure the security of the life of its Imo State Co-ordinator, Owerri based Newspaper Publisher, Comrade Precious Nwadike following several reports of threats to his life.
The movement in a recent press release issued in Abuja and signed by the organizations Publicity Secretary, Adebayo Raphael expressed concern and worry that despite series of petitions to the authorities on the alleged threats to the life of the young publisher, the Imo Police command had paid no attention or taken any steps to intervene and investigate the allegations.
The group however called on the Imo state Police Command to do the needful and put machinery in motion to unravel the sources and masterminds of the alleged threats which began since 2015 when the newspaper published a story viewed to be against government agents on a matter of public interest and requested that the life of the citizen be protected.
The movement deposed that “we are also aware that all efforts to get the office of the Imo CP to investigate the alleged threats and attempts on his life have continually proved abortive and fell on deaf ears”.
The movement said that, OurMumudondo is aware that our member has a case pending in court with some government personnel and we frown at government using state powers or instruments to intimidate or repress the publisher of Community Watchdog Newspaper which published a story on 3rd of November 2015 alleging that a certain amount of money said to be part of Imo State share of the bailout fund was missing from the house of a government official.
OurMumudondo noted that since the matter came public and since December 11, 2015 there have been persistent and constant threats to the life of our member and petitions have been made to the police.
In its release, the movement contended that since the matter is in court those involved should allow the judiciary perform its function “for we believe in the court of law in our country and the court remains the last hope of the common man. Justice should not be allowed to prevail over intimidation, execution of fiat and threats to life”.
Finally the movement observed that the issue of bailout fund has remained controversial as those who were supposed to be beneficiaries of the fund have not been paid up till now especially Imo pensioners and their course cannot be wished or washed away.

Posted by Watchdog Newspaper - November 12, 2018 0
The fate of the five recently reinstated Imo lawmakers is presently hanging in the balance with the speaker of the…

Posted by watchdog - February 2, 2018 0
It was gathered that Governor Rochas Okorocha’s younger brother, who was said to have bought a 2017 model, Toyota Hilux… 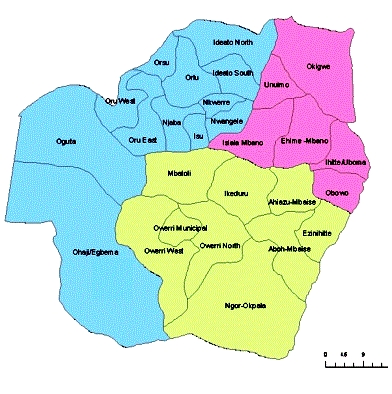