Today is already the eighteenth day into the new year thus leaving us with barely 347 days or degrees to make the complete circle of year 2018. We are still with the fresh message of the past year’s Christmas which says a great light has come to the people in darkness and salvation has come to those held hostage or bondage along with the angelic hymn of Glory to “God in heaven and Peace to men of goodwill.

These biblical yuletide messages are the prophetic messages to over 200 million enslaved Nigerians including as many as four million castrated, dehumanized, impoverished and imprisoned Imolites. These messages of hope of positive changes have been reverberating in all Christian worship centres across the country through God’s anointed ministers. We are consoled however that the God of heavens and creator of the universe including Nigeria/Imo, has given indications to bring freedom, rescue, salvation and peace so that his people who have suffered myriads of untold hardship and hazards may breathe in life again.

At the National level, we are still under military dictatorship which began in January 15, 1966 even when the self styled leaders changed their uniforms with their cohorts at government house and national parliament from where they unleashed mayhem in different dances, such as insurgency (Boko Haram) militancy, cattle rustling, herdsmen invasion, kidnapping, ritual,  killing, rape and takeover of farmlands, with economic recession, mass hunger, youth unemployment, restiveness, ethnic driven protests and aggravated manslaughter, ethnic cleansing which culminated in demands for separation, salvation, revolution, restitution, restructuring, and territorial restructuring.

At the state levels Imolites of the South East Regional extraction witness the first ever recorded state insecurity and man’s in humanity to man under the magical arts government of familiocracy, under the rule of the jungle where no law or court judgement matters and the numerous weak regions are swallowed by the single central power. Now there is a prophecy from heaven to the people of God that the soldiers of heaven will descend to co-operate with the desire and will of the masses. That the “Egyptians they saw last year, they will see no more in 2018”. For the people living in Imo who have been driven to their interior homelands and villages, it will be a positive/pragmatic fight, and endeavour, to regain all the lost ground they surrendered to the emperor. They will regain their sense of ‘Igwe bu ike’ to fight with one accord to reclaim all their acquired inheritances, regain their fore-fathers established institutions, government agencies, markets, schools, road and names.

The year 2018 promises to put an end to “Turkish slave mentality” of youths, who will wake up to take up the challenges of liberty or liberation, thus coming to terms with realities or points of realization. Long time ago, Imo was a land of hope until fortune dawned on the citizens to realize that they could not continue with the endless hope to understand. This is the heartland of Igboland, a promised land flowing with oil, rivers, agricultural land, cash crops and endowed human beings. This year 2018 will mark an end to hunger, starvation, imbalance, unemployment of adverse leadership, insecurity and selfishness to make room for the rule of law, self actualization, of our educated, skilled and hardworking youths. There will be food sufficiency as the people out of oppression and threat must attempt to conquer the land allowing it to yield crops enough to feed the hitherto hungry citizens. It is already 40 years in the wilderness of darkness, primitivity and crude displays.

Haven has promised to wipe away the tears of widowed women, orphaned and children by giving them succor to live again, having survived the mass onslaught of 2017. 2018 portends good omen in the sign to revisit the political charter of equity in Imo State. There is this perceived or conceived divine prophecy that Imolites if they pray well, work hard resolve to seek the face of God, the menace of mass structural demolition satanic urbanization, devilish Brutish erection of tyrannical statues, scarcity of food, money and even lack of water will be no more while a year later a divine ruler a leader of the people will be anointed to rescue the land and feed the people giving peace, harmony and progress a chance thus re-enacting the principle of live and let live (Egbe Bere Ugo Bere) as well as resuscitate the practice of “Igwe bu ike” “Onye Agahala Nwaneya” and rule of “OHA NA EZE” not present subsisting hegemony or feudalistic dynasty, alien to Ndigbo.

In all, Community Watchdog Newspaper joins Nigerians and Imolites to thank the Almighty God that we were able to escape the culpable genocide and atrocities of 2017 when the temporal powers that be, thought they have won and overwhelmed the generality of the people.

Our appeal and prayer to God is to take the veil off the face and scales from the eyes of our people, to see that the power and glory of God surpass all human ploys/plots escaped and evil machinations. It is our avowed belief that the dry bones of millions of innocent Nigerians murdered in cold blood as result of ethnic cleansing quelling, insurgencies, militancy, rape, human trafficking/ritual, political or wealth seeking murders, armed banditry approved extra judicial and state sponsored killings, official and commercial kidnapping, starvation and suicides, will all rise again to the glory of God and hail Nigeria so that in 2019 our survivors and dependants, will step into the Nigerian nation we left in 1966 where though tongue and tribe may differ, we shall stand in peace and unity, without any drug or umbrella. This is our prayer for a pragmatic positive, progressive 2018 as professed by the cock symbol in 1983.

Posted by Watchdog Newspaper - April 1, 2021 0
Imo State is one of the monolingual-mono cultural groups of the Igbo ethic nation of the South Eastern region of… 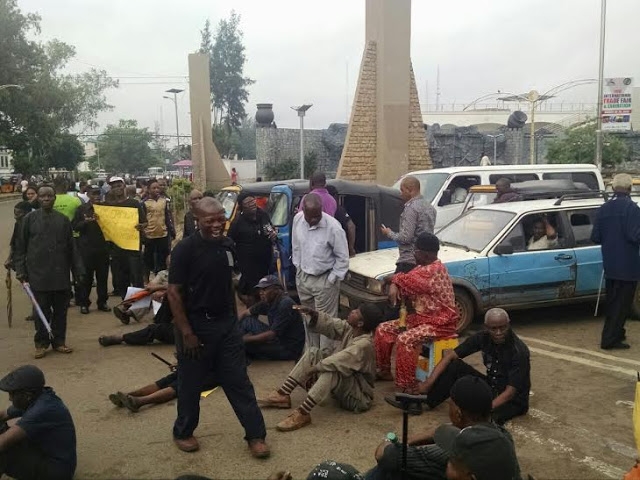 Imo pensioners, 1 year after……..Owelle where are you?

Posted by watchdog - November 14, 2017 0
“Today we kneel down with our heads bowed in shame and hunger with our feeble hands raised up (heaven wards)…