The violence that began at the INEC collation centre in Owerri by some prominent legal luminaries and politicians during the collation of governorship election results on Monday March 11, was yesterday May 6, carried over to the premises of an Owerri Magistrate Court where one of those arraigned and a former transitional committee chairman of Nkwerre Local Government Area, Mr. Paschal Onwukaike of the APC, in an obviously unruly manner, descended on and attacked one Mr. Douglas, a PDP and Uche Onyeagocha’s supporter, for allegedly taking photographs of him while in the dock.

Mr. Onwukaike, a lead counsel to Mr. Uche Nwosu in the alleged Imo missing bailout fund litigation, involving the Watchdog Newspaper, which is currently in the Appeal Court, was among others who were consequently arraigned in court by the police over the violent tempering of electoral materials with Chief Uche Onyeagocha, who represented the PDP at the collation centre.

When the matter came up for hearing yesterday, the state Director of Public Prosecution (DPP) presented a letter of “nole prosecui” from the office of the Attorney General and Commissioner for Justice of the state, hence the magistrate had no option than to discharge and acquit Chief Uche Onyeagocha and others.

It was at the end of proceedings and outside the court room that Barr. Onwukaike descended and bullied the youngman after snatching his cell-phone in the process and it took the quick intervention of some onlookers to prevent the incident from escalating into another free for all fight between APC and PDP supporters, who were in court to witness proceedings.

It would be recalled that the imbroglio began on Monday March 11, at the INEC collation centre Owerri when agents of the All Progressives Congress (APC) Imo State chapter, allegedly attempted to smuggle in fake results into the collation centre which infuriated PDP agents and once smelling rat, Chief Uche Onyeagocha allegedly snatched and tore the fake results to shreds thus forcing Mr. Onwukaike and his group to descend on the already collated results tearing same before they were whisked out of scene by security operatives.

Addressing journalists, Hon. Onyeagocha commended the court and expressed profound gratitude to Imolites for coming out en masse to stand by him in solidarity through out the period of the trial.

He later called on the people to support the incoming administration of Rt. Hon Emeka Ihedioha, saying that with the support of the people Imo state will be taken to an enviable height. The statement further congratulated the governor-elect for whom the fight ensued.

Threat to Life:Owerri Based Comedian Cries Out

Posted by Watchdog Newspaper - October 15, 2020 0
• Says:Threat started after he spoke against bad road By Dorcas Samson Achi  An Owerri based comedian popularly known as… 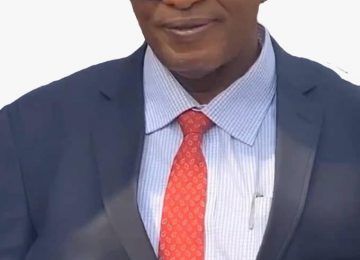